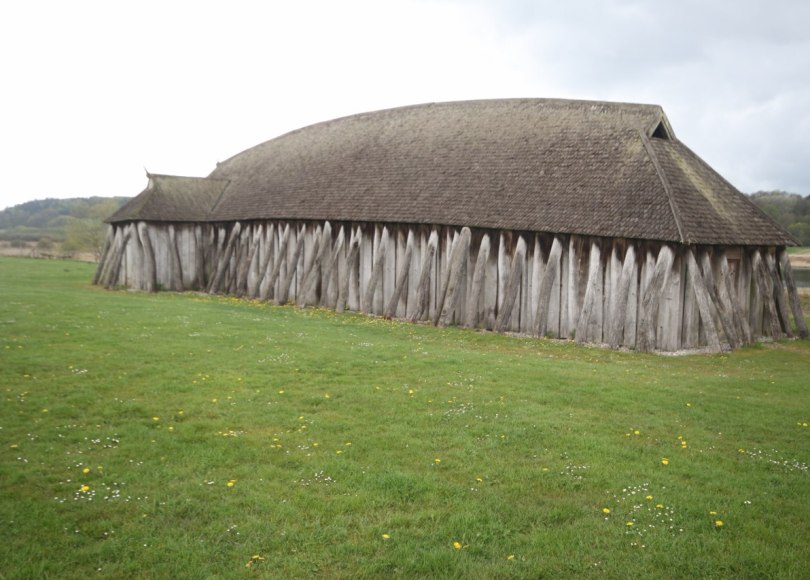 Back in 980 a huge construction took place in Denmark. It was the biggest construction project which had ever been done in such a short time across different part of the newly united Danish kingdom. Across the country the King Harald Bluetooth – yes the Harald who have given the name Bluetooth to the modern world. He had just united the country and after a couple of decades as the king of the united Denmark he started to construct several ring fortresses across his new kingdom.

Harald constructed at least 5 of these fortresses around the country and possible more since one was only discovered in 2014 so maybe there are more hidden in the soil around Denmark.

One of these fortresses is located just outside the city of Hobro at the bottom of Mariager Fjord. It is called Fyrkat and it is a pretty impressive construction. The size of the ring moth around the fortress had a diameter of 120 meters and inside was 16 large long houses. The houses were 28.5 meters long. There are no remains of the old houses since they were built by wood. But inside the ring wall is a lot of small concrete which is indicating where the different wooden poles of the houses used to be to give an idea of what the place looked like.

Outside the ring they have reconstructed a large long house so you can get an idea of what it used to look like. I guess you might be able to get inside at different times but for the moment the house and the exhibit at the fortress is all closed.

Just next to the fortress is an old water mill which also has some sort of exhibition and you probably get in and have a look at the old mill as part of the museum exhibition.

A short drive down the road from the actual fortress there is a little recreated Viking village. Usually there is a living village with people showing what life used to be like during the Viking era.

Right now there is nobody inside the village which is temporarily closed. But it is only closed by a piece of wood which you can just lift up and walk in and has a look at the area. We go inside and have a look at the old recreated houses which are different houses representing what a Viking village used to look like. It is fun to walk around even though the exhibition is closed and we have it completely to our self since nobody else is visiting during the lock down period.