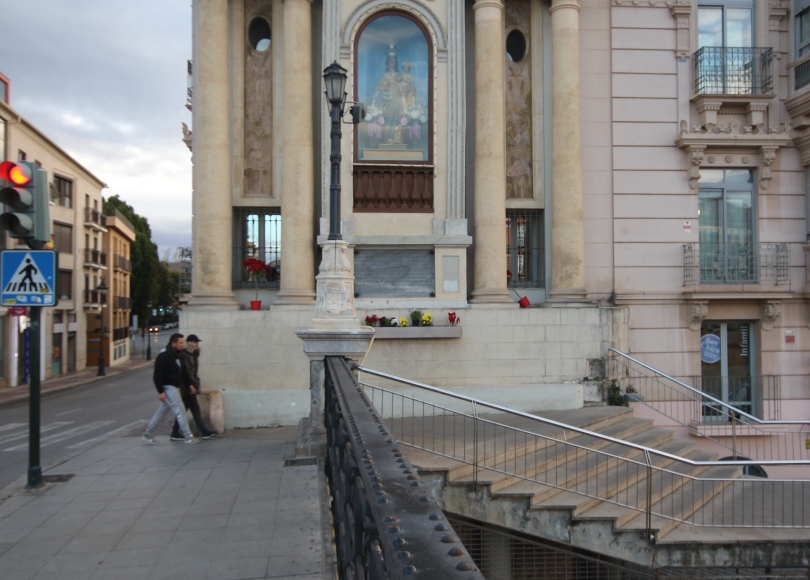 Murcia is a pretty big city and the main town of the area – but it isn’t on the coast so it is a bit overlooked by the millions of tourist going to southern Spain. The city has a long history of ups of down like many other cities in this part of the country. Murcia started as a Roman colony and when the Moors came to Spain the city soon came under their rule – which lasted for about 400 years until the reconquest by the Christian rulers in Spain. Later Napoleons troops looted the city and it suffered plague and cholera leading to a decline of the former grand city. Finally the Spanish civil war came to the city destroying most of the churches except the main cathedral which you fortunately can still visit see more here.

The city has been rebuild and today you don’t think it is missing much. The center is fairly small and easy to walk with many pedestrian streets. All the streets in the city seem to be lined by orange trees – but nobody seems to eat any of the oranges. After tasting an orange it became obvious why nobody eats them – they are incredibly sour even though they seem to be ripe.

The center is dominated by many small squares and several churches – the churches might have been destroyed during the civil war but they have been replaced by new churches which looks nice. You can down to the river where a pretty old bridge crosses the small river – and down in the river is a giant fish swimming around in the shallow water.

Opposite the river is a small square with a few flowers and a couple of impressive buildings and lots of small cafes where you can sit and have a coffee or drink if you want to enjoy the sunshine.

Walking back into the center we walk by another big square and the main cathedral before we walk a pedestrian street where the stunning Real Casino de Murcia is located see more about the casino here.

A bit outside the center is a football stadium and obviously one of the ever present bullfighting arenas which are so frequent down here in the south of Spain. I don’t think there is actually some bullfighting going on during the winter time – so we are not joining I guess it is a summer sport.