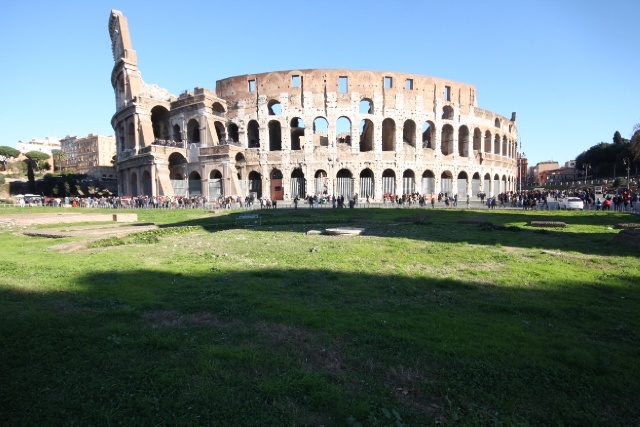 When you think about a sporting stadium which one is the greatest the world has ever seen? Some might go with one of the great football stadiums like Wembley, Anfield Road, Bernabeo, Neo Camp, and Mazallo. Others might try different stadiums like Yankee Stadium or Soldier Field. But they will all be wrong – none of them are the greatest sporting stadium ever. The greatest of them all are the ancient Flavian Amphitheater – the grandfather of all later sporting stadiums. It might be better known as the Colosseum – the main scene for gladiator and animal fights in the Roman Empire. 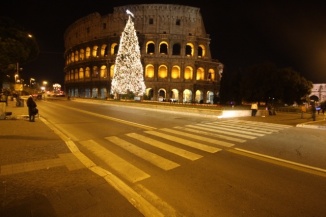 Christmas tree standing in front of the Coloseum at night 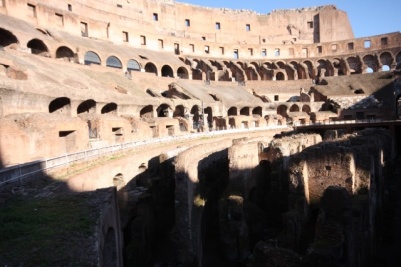 The Colosseum isn’t the biggest stadium of all times even during Roman times the Circus Maximus could hold about 4 times as many spectators – but with a capacity of 55.000 seating and 5.000 standing spectators it is a big stadium – even by modern standards. And during the operation of the Colosseum it probably had more spectators than any modern stadium. Even today it probably receives more people than any other stadium – considering more than 6 million tourists goes and have a look around the stadium every year. More tourists go to the Colosseum than any other ancient Roman ruin.

The construction of the Colosseum was started by Vespasian and finished by his son Titus who decided to have some opening games which lasted 100 days and killed 5.000 animals and lots of gladiators. These games were later topped by Trajan who held 117 days of games in which 10.000 animals and 9.000 gladiators participated. 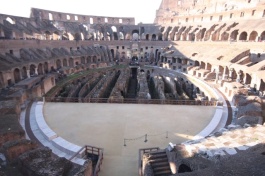 Walking towards the Colosseum from the outside is probably more impressive than the Colosseum from the inside – hence a visit to inside of the giant stadium might almost feel like a disappointment compared to just watching from the outside. But if you do go in – like so many other people – you get a change to walk inside the same corridors like the resident of ancient Rome. You can have a look at the area where the gladiator fights actually took place but you won’t be able to actually walk around the stage area – you can only go on a restricted area from where you can look out at the stage area. There are some specialized tours which will take you down below or to the top floor of the Colosseum – I didn’t participate in any of those and I am not sure the extra fee is actually worth it – but it is an option if you are really keen.