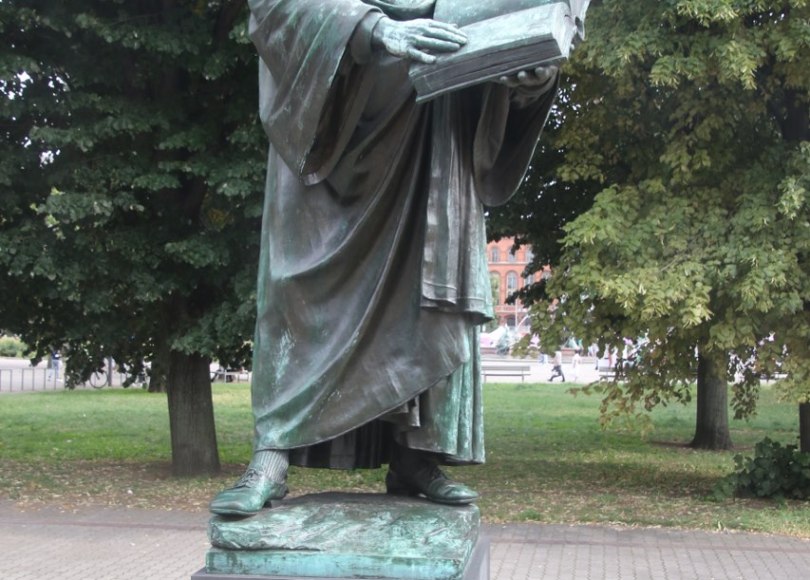 You will find many memorials to the old monk Martin Luther who were the first to protest against the Catholic Church and thereby founded the protestant movement within the Christian Church to make a split in the western Christianity which resulted in several wars the following centuries.

Luther was German and many memorials are spread across the country – particularly the northern part which actually follows the Lutheran ideas while the southern part of Germany remains Catholic.

In Berlin you find the remains of a monument to Martin Luther are located in front of Marienkirche in the center of Berlin close to the television tower on Alexander Platz and the Rotes Rathaus (red city hall). The monument isn’t quite what it used to be. During the Second World War the original monument were broken down since there was a lot of metal in the monument which could be used for the German war effort – only the central statue of Martin Luther were saved.

Today all you can see of the monument is the statue which used to be on the top of the much larger monument. But now it is protecting the area in front of the church.