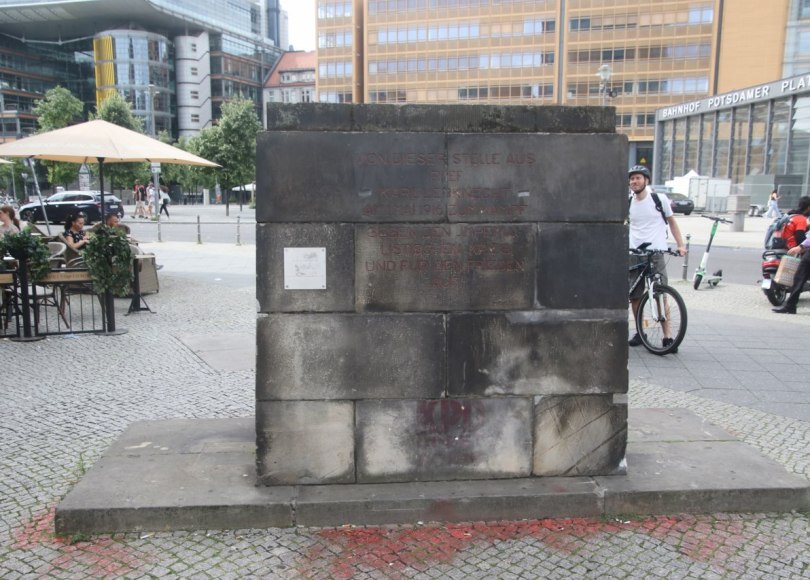 Karl Liebknecht was a member of the German Reichtag or parliament before and during World War I. He started out as a member of the SPD or Social Democratic Party but he founded a new fraction with Rosa Luxemburg which became the Communist Party of Germany.

When war broke out Karl Liebknecht were adamantly against the war – like all communist at the time he believed it meant the workers of different countries were forced to fight each other instead of uniting globally and start a workers revolution.

In the midst of the war he arranged a demonstration on Potsdamer Plazt against the war. The demonstrators were arrested and Karl Liebknecht was sentenced to 4 years and 1 month in jail for high treason. The war ended and he ended up only serving 2 years and was freed after the war. He was one of the leaders of a communist revolution in 1918 which failed when it was met by a counter attack of the SPD and conservative members of the free corps of former soldiers from the war.

Liebknecht were murdered in 1919 but he became a martyr for the German Communist Party and after World War II when the communist took control of the eastern part of Germany and a part of Berlin including the Potsdamer Platz the new government wanted to make a monument for him. They decided to build a monument at the square.

In 1951 they made the foundation for the monument and then they ran out of funding – at least nothing happened for the next ten years. In 1961 they started to build the Berlin Wall – and the wall ran right through Potsdamer Plazt. The area around the square was sealed off and the monument was suddenly at the edge of the border area with no access and the plans of the monument were suspended indefinitely.

After the fall of the wall and the reunification of Germany in 1990 the old communist monuments fell out of favor and it was considered what to do with the foundation. Finally in 1995 the monument was put in storage.

The times changed and in 2002 it was decided to re-erect the pedestal of the monument as a symbol of the German Socialist and antimilitarist history of the period before World War II.