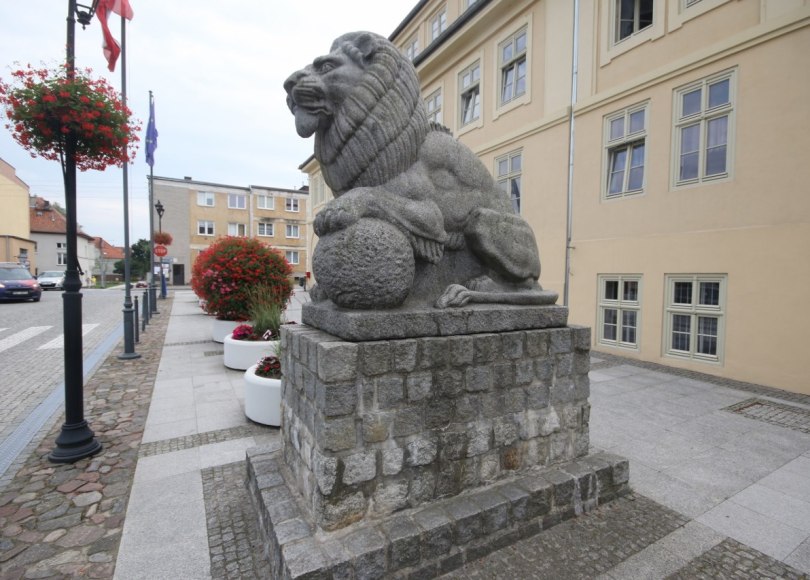 The city of Olsztynek is an old smallish town in the northern part of Poland. The city original claim to fame was the fact the large Tannenberg Denkmal (memorial) was built just outside the city. The memorial was built to celebrate the victory of the German troops at the battle of Tannenberg. The battle actually took place just outside the city of Olstynek but the Fieldmarschal Paul von Hindenburg decided to name the battle after Tannenberg instead since an older historic battle had taken place at this location about 500 years earlier.

The old Hindenburg became the last president of Germany before World War II and when he died Hitler decided he should be buried at the Tannenberg memorial – against Hindenburg’s own wishes to be buried at his family estate near the city of Hanover. Hindenburg was buried at the memorial – but towards the end of the war the Germans decided to exhume Hindenburg since the Soviet armies were approaching.

Unfortunately it isn’t possible to see the memorial today – the retreating German army blew up the monument which inflicted a lot of damage and after the war the new Polish government decided to dismantle the rest of the memorial. Part of the memorial has been moved to other locations and one of the big lions from the memorial is actually found on the main square in the city of Olsztynek.

In addition to the old lion from the memorial the town is home to a few old buildings including parts of a Teutonic castle. The old lion is placed at the main square in the city which is one of the main points of interest in the town and worth to head down and have a look. The old castle is located right next to the main square so the points of interest are pretty close together.