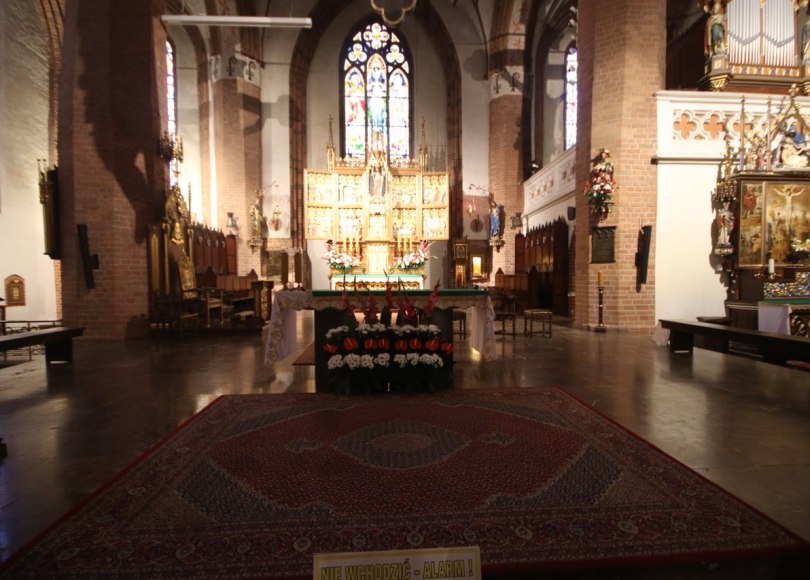 The city of Olsztyn has grown into one of the most important settlements at the north eastern corner of Poland close to the borders of Lithuania, Belarus and Russia. The city is a nice place to go and explore and it has a large historic cathedral in the center.

The cathedral is an important basilica which is one of the main churches in the Archdiocese of Warmia. The cathedral is a huge building in the center of Olsztyn and it is a main sight in the city. The church dates back to the 14th century and the tower were added to the church a couple of hundred years later. The church has used to be a Lutheran church back when it was in the East Prussian part of Germany before World War II. But when the area was transferred to Poland after the war the church became a catholic cathedral since there was hardly any Lutherans left in the area.

The inside of the church is interesting to go and see with large colourful windows inside the church. It is free to enter the church and it is worth spending a little time inside during a walk around the old town of Olsztyn.