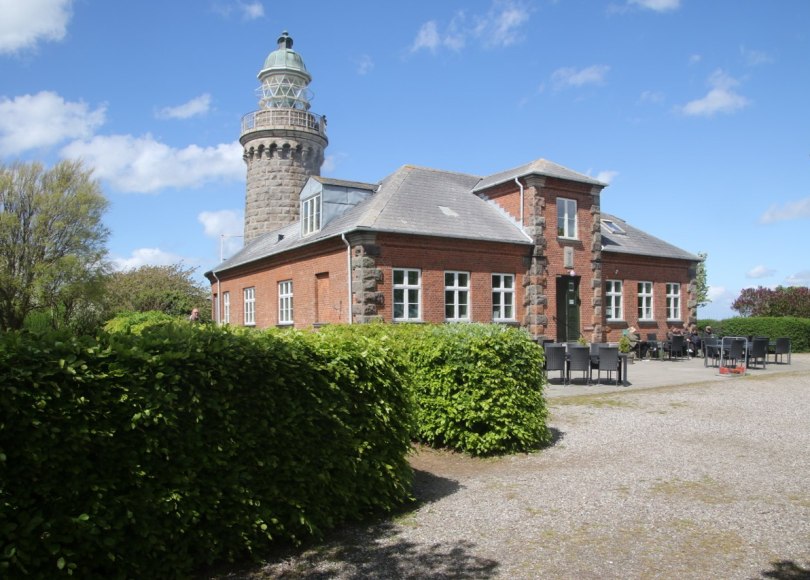 Shipping was essential to Ærø so it was natural to take significant steps to protect the shipping which took place in the waters of Ærø. One of the important measures taken was to build a lighthouse at the end of Ærø to help the ships to be guided safely by the western edge of the island.

There were a few golfers out for the sunny Saturday when we arrived but most of the holes seemed to be empty so there was a long wait for the golfers if they wanted to do 18 holes today. We only focused on the lighthouse and the edge of the island which was a short hike further west of the lighthouse. We were walking next to a couple of holes on the gulfs field until we reach the end of the island where the golfers had to give way to the locals trying to catch the days dinner in the waters at the edge of the island.

Dinner tonight at local restaurant which served traditional polish food. We have pork cheek and pork knuckle with additional salad. The staff speak limited Inggris but friendly.Taste delicious. Cost €24 including drinks
Exploring the small town and see the small castle and lunch break of dumplings
Surprisingly this small town has plenty of sights from the ruins of castle, original Old buildings in the old town, delicious food at many restaurants and cafe. famous astronomy and relaxing sailing on its river. Most day we ate 3x in the afternoon just tk sample its cuisine 😊 love the food and it is so cheap.
Pork cutlet and fried chicken breast in breaded for dinner, served with boil Potatoes and salad. The meat was tasty and delicious. Good value for €14.50 included half liter beer and handmade lemonade.
Still enjoying dumplings for lunch. It had so many different flavours and we try it all
Almost a metre long pork cutlet with 2 different salad for dinner tonight. Surprisingly the meat was soo tender and yummy. Delicious, and Mickey eat it all...almost 😋