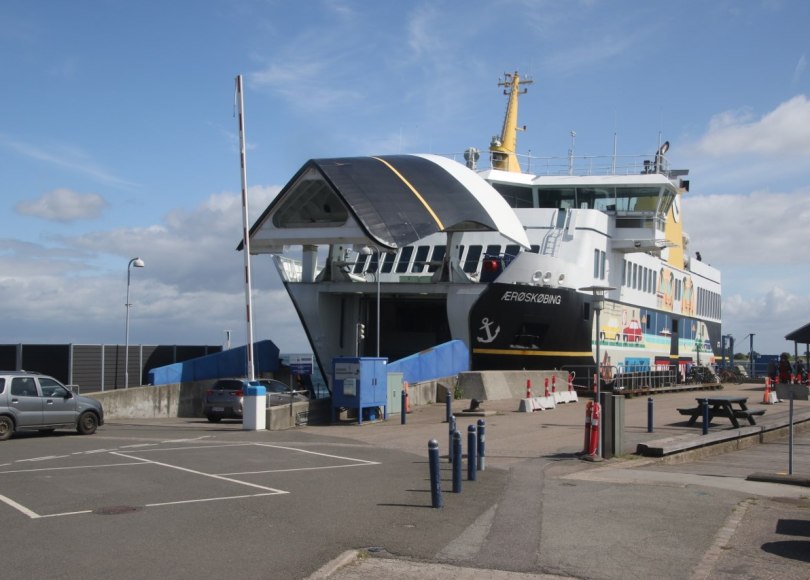 Ærø is one of the many Danish islands. It has a special status as one of the most populous islands without a bridge connecting it to the rest of the country. The only way to get to Ærø is to catch one of the four different ferries connecting Ærø with the island of Fyn, Als and Langeland. We take the ferry from Svendborg to Ærøskøbing which is the ferry with the most daily departures making it more flexible – in addition to this we are actually staying in Svendborg so it is the natural place to go and catch a ferry for us.

The journey from Svendborg to Ærø is actually pretty scenic. The trip passes through the south eastern sea of Fyn which is known as the south Fyn island sea. It got this name in Danish since there are a large number of islands in this area even for an island country like Denmark.

It takes a bit over an hour to sail from Svendborg to Ærø but most of the way you are close to one of the local islands so there is a pretty good view along the way. Though some of the best views are actually found just after you leave the harbor of Svendborg when you cross through the narrow straight between the island of Fyn and Tåsinge and you pass under the large bridge connecting the two islands.

If you are a bit hungry during the trip on the ferry there is a small take away restaurant which has what you will need to combat your hunger on the journey if you have forgotten to get a bite to eat for breakfast like we had.