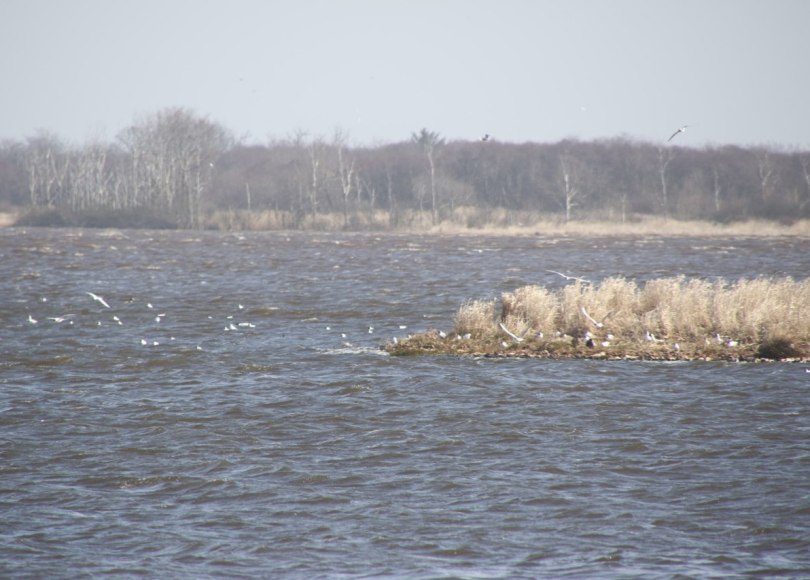 One of the biggest nature recreation projects ever undertaken in Denmark took place at an area called Filsø. The area was originally a lake which couldn’t be used for agriculture – but the lake was drained and the area was used as reclaimed land and used in the regular agricultural production of the area. You would be able to distinguish the fields around the former Filsø from other fields in the area.

The lake of Filsø was actually the second largest lake in Denmark – it occupied an area of a total of 30 square kilometers. Gradually the area was drained and the water level was reduced until the lake was finally completely drained in the 1940s. The area was used for agriculture since this – but a starting movement for the restoration of the lake was started and a trust decided to purchase some of the land around the lake.

In 2010 large area of the former Filsø was purchased and the restoration work begun. By 2012 the restoration was over and there was once again a place called Filsø. The lake was much smaller than the original size but it is still an important area for migrating birds.

Unfortunately there didn’t seem to be a lot of birds when we visited but it is a nice area. The main attraction is probably the ellipse which is located right at a large parking lot where most of the visitors to the lake seem to gather. Everybody takes a walk out on the water along the ellipse and look at the lake.

Another little attraction is the walk along a little dam in the middle of the lake which you can walk across to the other side looking for birds and enjoying the piece and quite.