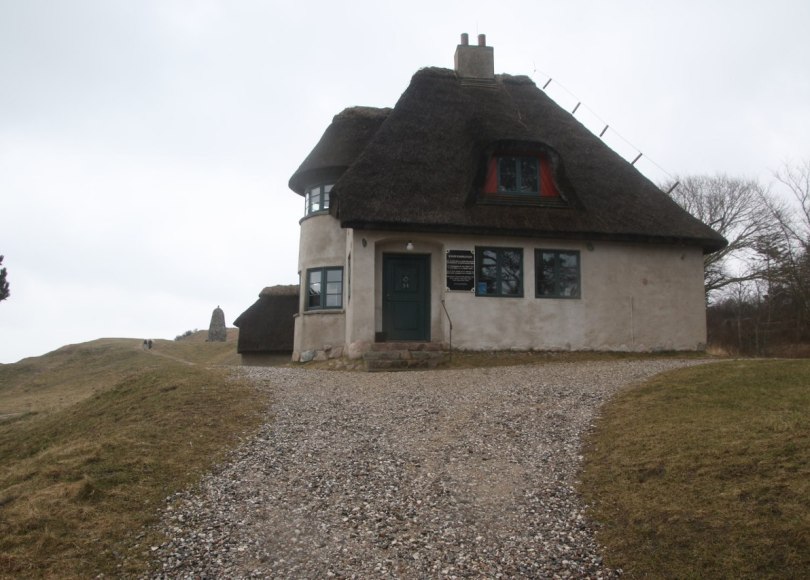 Denmark has a fair number of arctic explores. They mainly focus on the exploration of Greenland to claim the giant island as a Danish position in the far north. The most famous of these arctic explores were Knud Rasmussen who led several explorations around the north part of Greenland and North America. He was responsible for a large part of the early maps of this far north region of the world. He also established a trading post in the northern most settlement in the world at Thule – which is actually an ancient word for the far north – this is why the settlement was named Thule.

Knud Rasmussen spent a lot of time in Greenland both on expeditions and also at his trading post – but he did have a home in Denmark as well. His house is situated just outside the small town of Hundested a bit over an hour drive out of Copenhagen in North Zealand. His house has an amazing location right at the top of a little hill overlooking the ocean. The new summerhouse development in the area is probably envious of this amazing location. Today the house is a museum and the area around the house is preserved as a recreational area.

A short walk from the house a bit more uphill you reach a light house called Spodsbjerg Fyr. This lighthouse is one of a series of lighthouses along the north coast of Zealand which used to help guide the ships safely along the Danish shore.

The area around the Knud Rasmussen house and the lighthouse is sure a nice place to visit on a sunny summer day. Unfortunately this isn’t a summer day or a sunny day – instead there is a bit of rain and a temperature which is barely above freezing – so it is a bit windy, muddy and cold walking at the area. It may not have been a perfect visit to the place but it was nice to be back here for the first time in years.