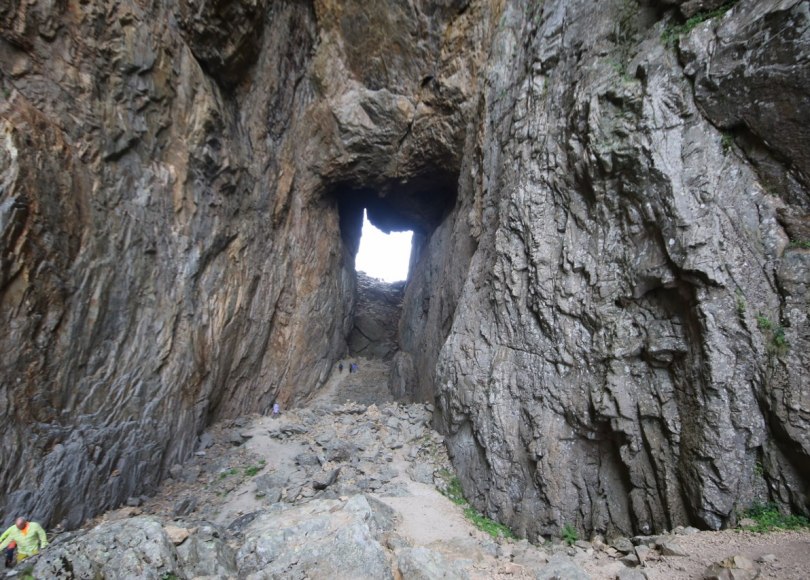 You can walk through the tunnel to reach the other side and enjoy the view of the area from the hole. The view is almost as interesting as the hole itself.

The hole has been well known through history and according to legend the hole in the mountain was made by a troll. The troll called Hestmannen (horse man) were in love with a girl – but it turned out he would never get the girl. This infuriated the troll to a degree he wanted to kill the girl. So he shot an arrow to kill her. The troll king Sømma wanted to save the girl so he threw his hat into the path of the arrow. The hat intercepted the arrow which left a hole in the hat. The hat turned into a mountain with a hole in the middle.

The legendary story is quite fun – unfortunately the science have a tendency to try to destroy all old legends. They claim the current tunnel was created many years ago when the water level were much higher than it is today. Back then the tunnel were actually two sea caves. The two caves were slowly expanded by the waves which eroded the cliffs away. After many years the two caves finally met in the middle of the mountain and the current tunnel was created. Later the sea level went down and the tunnel was left high up in the mountain.