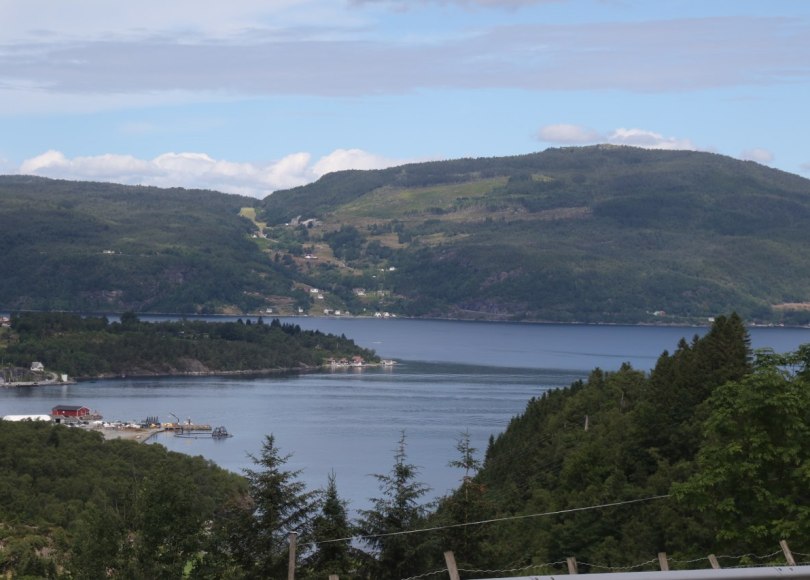 We start driving out of Stavanger and it doesn’t take long from we are leaving the hotel until we go through the first tunnel of the day. This first tunnel is just a small tunnel through the city and it is quickly followed by some longer tunnels.

The tunnel from Stavanger is pretty new they have replaced a ferry route which was still going as late as last year. But now they have replaced the old ferry route with a couple of long tunnels. One of the tunnels is special – going through it it is difficult to keep the speed down even though the car is in second gear it wants to break the speed limit. This tunnel holds not one but two world records. It is the longest under water tunnel for cars in the world and it is also the deepest underwater tunnel in the world heading a depth of almost 300 meters under the sea.

From the tunnels we go to the road 13 through Norway which we follow from the tunnels at Stavanger and until we reach the ferry at Hjelmelandsvågen. It is a nice day for a drive and I almost want to go and hike Preikestolen today since we skipped it yesterday because it was raining heavily in the morning and kept raining through a day.

It is a pretty drive through some small villages with a few small pretty churches. After a bit we reach a small spot in the forest where we stop. There is an old bridge here which was the first bridge built here creating the first small highway through the area helping the locals a lot by actually making it possible to have transport over land. Next to the bridge there is an old house with a grass roof overlooking the river the bridge was built to make the road cross the road.

After we leave the small bridge there are some great views of the fjord below – Norway just have so many fjords that the Norwegian word fjord actually made it into the English language to define a body of narrow water leading to the ocean.

With so many fjords around it is easy to find some amazing views of water and here on the road there are some pretty good views of the small fjord.