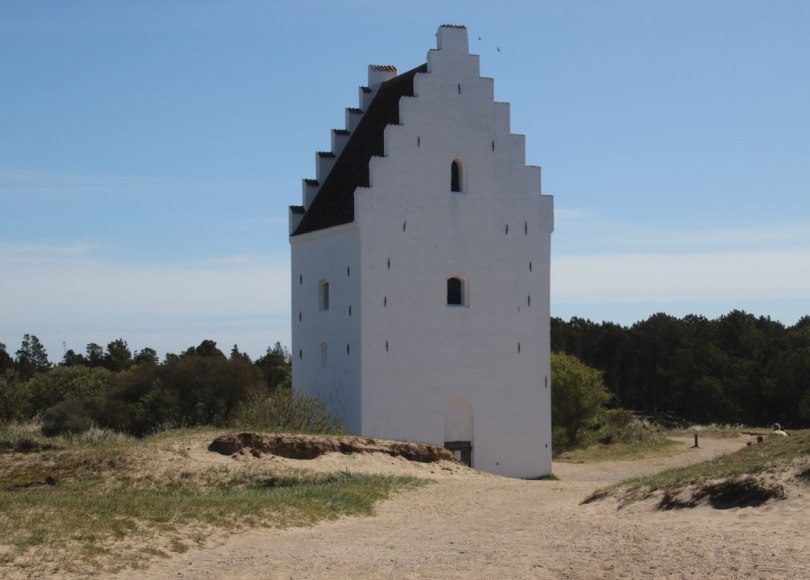 One of the most famous churches in Denmark is a church which doesn’t actually work as a church anymore. The church is located just outside the most northerly city of Denmark – Skagen.

The sand had slowly kill off the local community – the fields which had been in the area were completely covered and it was no longer possible to keep the old did cover most of the church but the tower still remains partly buried in the sand. The sand has finally been tamed by planting of trees in the area which has made sure the sand can no longer drift and cover new fertile land.

The church tower is now standing as a reminder of what used to happen to many communities around the coast of Western Jutland and a few other coastal areas of Denmark. And people come to visit the church just outside the popular tourist destination of Skagen.