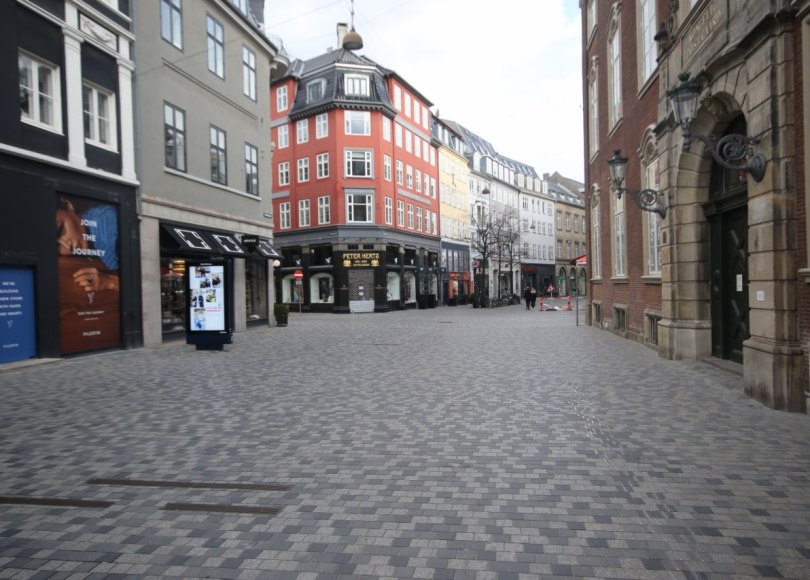 The pedestrian streets in Copenhagen were introduced when Strøget was created to connect the old town’s two main squares Kongens Nytorv and Rådhuspladsen. The street was a great success so in later years several other streets have been closed to vehicle traffic. One of the main streets to be transformed into a pedestrian street is Købmagergade.

The street might actually be more used by locals than Strøget since the street connects Strøget to the big transportation hub Nørreport Station where the local trains stop and there is also a metro stop and a lot of busses dropping by. So locals will often walk along the street from their station to their office in the center.

The street is an old street of Copenhagen and it has been important for a long time. It used to be part of the main road which connected the small village of Havn which later became Copenhagen to the more important center of Roskilde – which has now become sort of a distant suburb of Copenhagen.

The street originally was known as Bjørnebrogade – but the name was changed to Kiødmanagergade. The name translate into meat monger street – named after the fact the main butcher shops of Copenhagen were located on the street in the later part of the 16th century.  The butcher shops moved to Skindergade but the name stuck to the street – though the name was later changed a couple of times to finally be the current name of Købmagergade.

The street has a lovely little square called Kultorvet not far from the Nørreport Station. If you continue walking you will reach one of the most famous buildings in Copenhagen – the easily recognizable Round Tower which is the tower of the Trinitatis church and was also used as the first observatory in Denmark, like so many other important buildings in Copenhagen it is built by King Christian IV. Across from Round Tower you find the old student dormitory Regensen which is the oldest dedicated student housing in Denmark.

Continuing towards Strøget you will pass the old post office in a nice old mansion. A short distance after you will reach Amagertorv where Købmagergade meets Strøget.