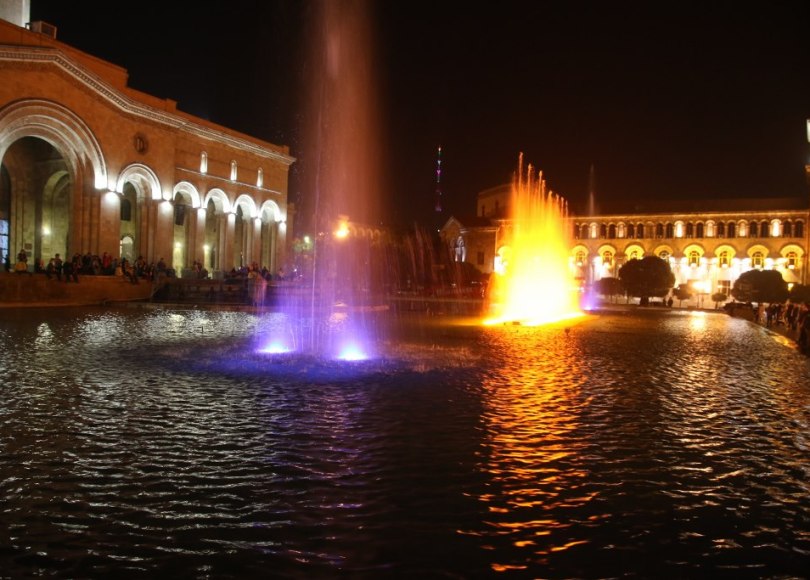 We pass the republic square pretty much every time we go out from the hotel to explore the city. it doesn’t really matter we get here all the time since the square is surrounded by some big buildings in the usual bombastic soviet style you can find in several cities in the former soviet union.

At night there is a special show at the square. There is a big fountain on the square and during the night the fountain is doing a light and sound show for a couple of hours after dark. When we were there it was going on from 8 to 10 – at least this is what we were told but we didn’t watch the full show only about 10 minutes.

It was pretty nice to watch the show with the music playing and the fountain dancing along with the music. The music is pretty varied – at least the different song we heard were from different genres so there should be something for most taste of music. I guess you if you want to listen to death metal or techno you probably won’t find what you like.

There was other people watching the show – but the square and fountain is big so it wasn’t crowded and we could get a good view of the fountain.