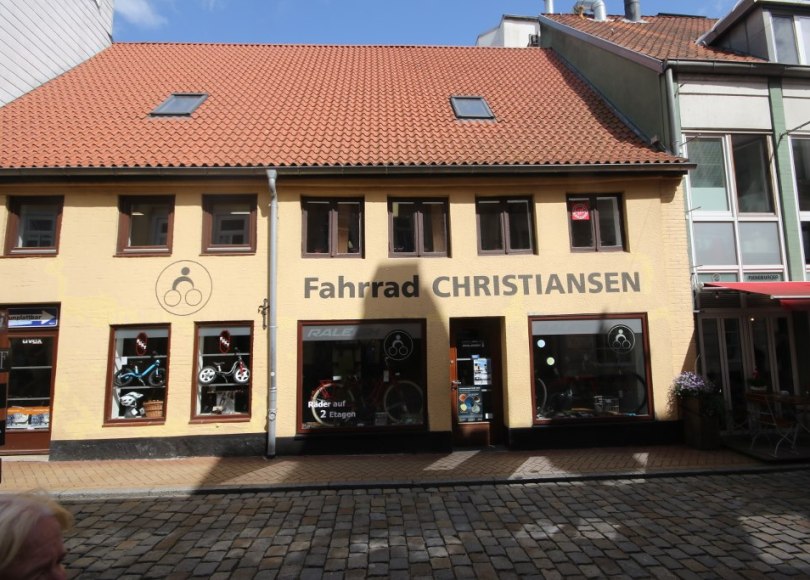 There are many small streets around the old town of Flensburg but one of the most interesting is the small Rotes Strasse – or red street just next to the main square of the old town. Unlike what you might think the name of the street has nothing to do with the colour red – it got the name from the ancient Danish word rud which mean an opening in the woods. There are actually several places around Denmark which end in rød from the old word.

Today the street is a nice place to go and wonder. When you go make sure to look inside the many small courtyards where you can see the old buildings which has been transformed into different sorts of shops and restaurants. The places are mainly open during the day time and isn’t a big dinning district so go during the opening hours of the shops – which doesn’t include Sundays.

There are many different small shops here but the most interesting of the shops are probably the Braasch rum shop which in addition to the shop has a small museum in the courtyard.