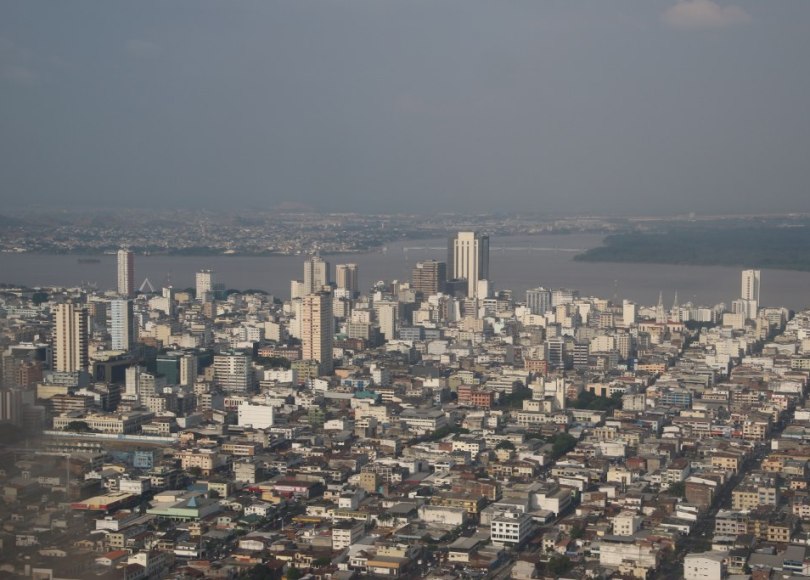 It is only a short flight from the Galapagos Islands to Guayaquil. So after around an hour we arrive at the coast just outside the city. It is good weather so we can get a good view of the city as we arrive. Unlike the tiny towns on Galapagos Guayaquil is a large city the second city of Equator.

Fortunately I had a window seat so I could get some pictures of the rivers as we arrive to the city with a huge container ship arriving probably from Asia delivering products to Ecuador.

After we cross the river we can see the city which looks like it is built on a grid system making it easy to navigate. And it looks very flat from above except for a single hill at the northern end of the city.

We get to the airport and catch a taxi to our hotel. But it is starting to get dark so we won’t have time to do any exploration tonight – only at the hotel. Fortunately the hotel does have a little green with a wall full of different orchids to keep the guest happy with some colours during their stay at the hotel.