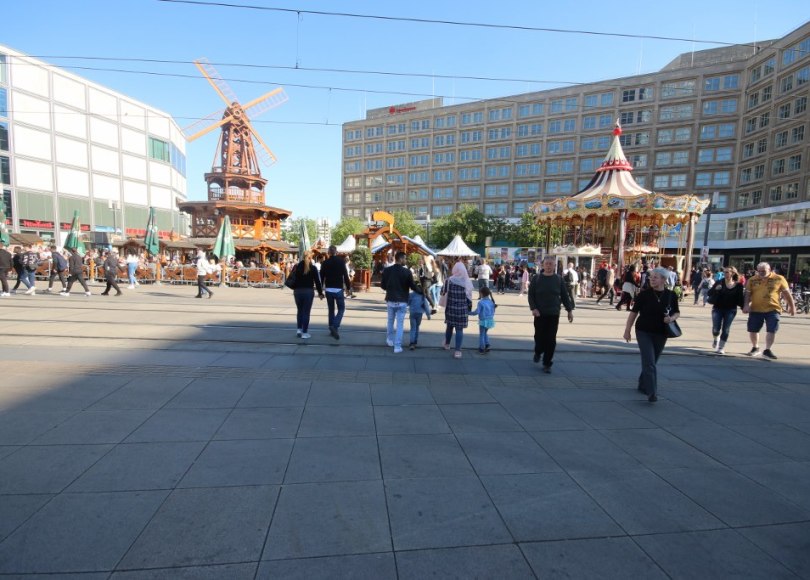 You can hardly go to Berlin without noticing the large square at Alexanderplatz. The square is home to the famous television tower which was built in the former East Berlin and could be seen over most of the city.

You will most likely take advantage of the many transportation options at the square where many subways line stop in addition to regional trains. There are also many buses departing from here including the important lines 100 and 200 which drive from Alexanderplatz to Zoo station. They drive pass many of the top sights in Berlin like the Museum Island and along the main street through central Berlin Unter den Linden to Brandenburger Tor continuing to the Parliament through the main green area in Berlin the Tiergarten – you can stop in the Tiergarten on this bus route dropping by the Victory Column which stand in the middle of the garden.

When you drop by the square to change for some sort of transport you might take advantage of the many food shops which sells different drinks and food. It is a good place to sit in the sun and have a drink or snack while you rest before you continue your sightseeing in the Berlin.

During Christmas time the square is transformed into one of the many Christmas markets you find all over Berlin with lots of lights and many specialty snacks you will find at the traditional German Christmas markets.