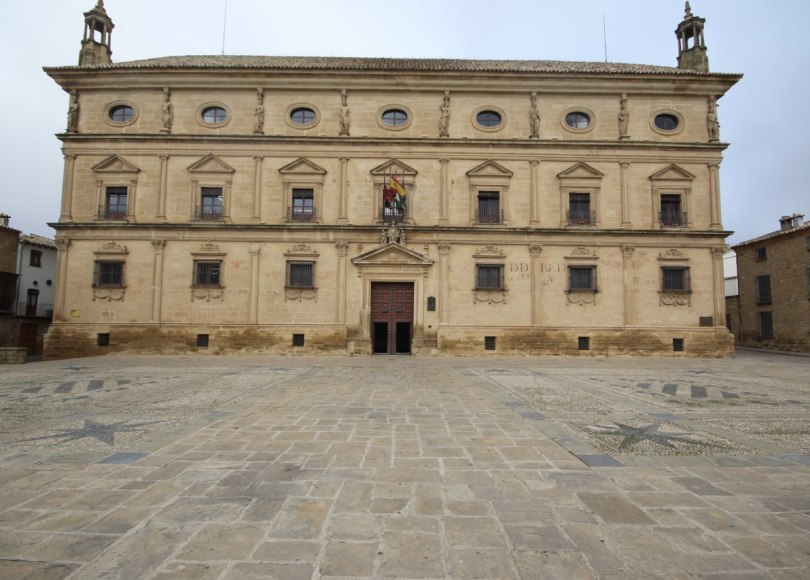 It is only a short drive to get from Baeza to Ubeda which is the bigger of the two amazing old towns in the Jaen province. When we drive there we get to the center of the city and right next to a central square is an old ruined building – it has a gate you can drive through and right behind the gate is a fairly large parking lot right where the old monastery used to be before the walls came tumbling down. Surprisingly it is free to park here so we just leave the car and start exploring the city on foot.

Unlike most other old towns in Andalusia the attractions in Ubeda isn’t leftovers from the time the Moors were ruling the southern part of the country. Instead the buildings date to after the reconquest. the area where the location of the city close to the border between La Mancha province in Christian Spain and the last Muslim hold out in the Granada province.

Apparently there are a total of 48 monuments in the city – I am not sure we manage to see all of them – but we did see a lot and they were impressive. The city is a bit out of the beaten path in southern Spain so there is only a fraction of the visitors you will find in the more famous places closer to the city. So it is well worth dropping by to have a look and possibly combine it with the wonderful little town Baeza a little less than ten kilometers down the road.