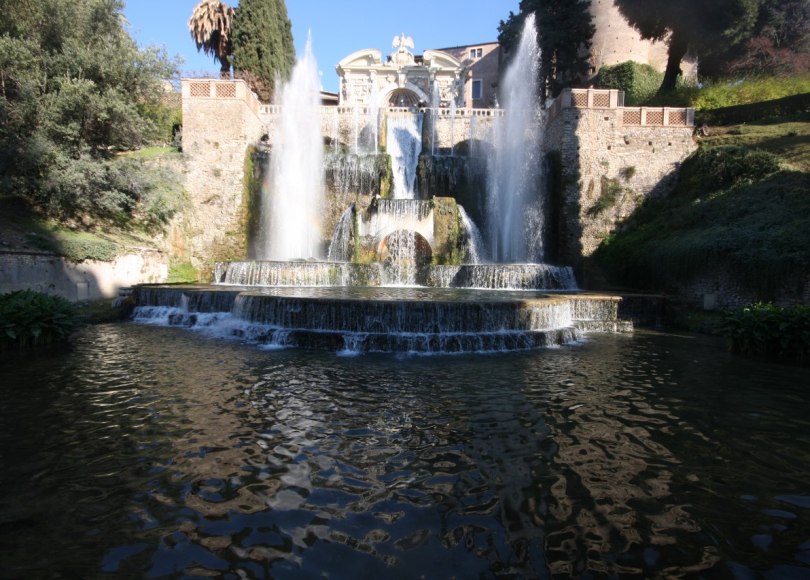 One of the many notable figures of the Catholic church was Cardinal Ippolito d’Este He was the second son of a rich noble family – and since he had no chance of getting the title which would go to his older brother he was destined for a future in the Catholic Church. His career came off to a flying start – by age ten he was appointed arch bishop of Milan. When he was 27 he was sent to France and became an advisor to the French king and finally at the age of thirty he was appointed as cardinal.

His noble background he had a good deal of money – so he became one of the richest of all the cardinals in Italy. With all his money and connections he seemed destined to become pope one day – but this was during the reformation and he had a somewhat extravagant lifestyle which didn’t go well with the time. So his first candidacy for the papal position ended up in defeat – but when he realized he couldn’t win the title himself he quickly backed the future pope. Thanks to his backing of the winner he got awarded the price of lifetime governor of Tivoli. He was quite happy with this since it gave him jurisdiction of the area around Tivoli including Hadrian’s Villa. Given the cardinal was an avid collector of antiques such a place was a true treasure trove. In addition to collecting antiques from the villa he still tried to become pope – he ran five times in total – all of them unsuccessful.

His title as Governor of Tivoli came with an official residence – but the residence didn’t have a sufficiently high a profile for a Cardinal as d’Este. But the location was good – it had a good view of the country side and lots of water which made it possible to makes fountains.

He acquired a lot of extra land so he could start constructing a new residence for himself – he was met with some opposition from local who tried to stop him with different lawsuits without much success. The cardinal made many new levels and terraces for his new villa and diverted the local river so he would get more water for his water spectacle. When he lost his final attempt to win the papacy he diverted all his interest to his villa making it an amazing place.

Today the villa is owned by the Italian state and it is open to visitors. If you are visiting Tivoli this is a great place to go and visit. You can go inside the villa and see the cardinal residence. The residence is lavishly decorated and very impressive place to see. But the real special thing about this place is the garden on the hill with all the fountains. Walking down the terrace you can take in all the many fountains which are spread all out over the hill. They have many different shapes and forms and are really a unique sight to see.