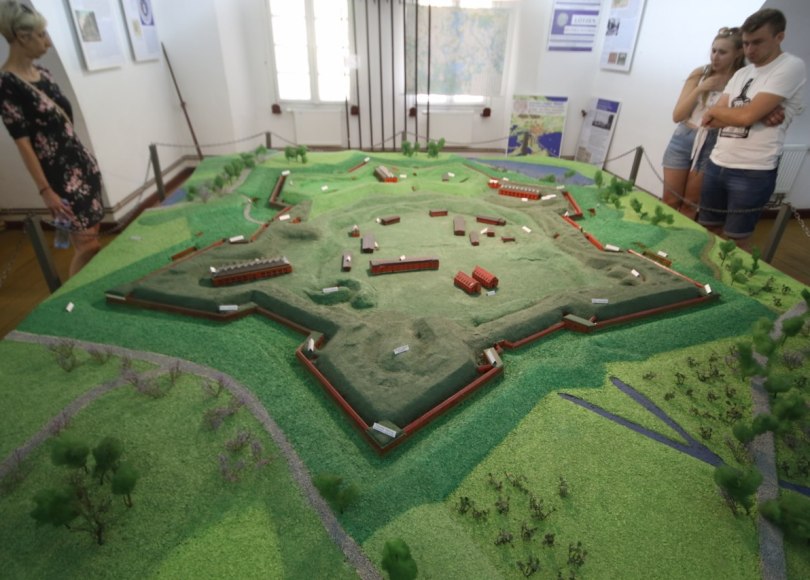 The Boyen Fortress was built between 1844 and 1856 to protect the border towards the Russian Empire. This part of the border consisted of a 90 string of lakes called the Masurian Lakes. One of the few points it would be possible to cross through this water area was just outside the village of Gizycko. To protect this spot they built this giant fortress named after the Prussian minister of War during this time.

The fortress remained operational during both World War I and World War II but it never saw any direct action. The fortress did play a small part during the battle of Tannenberg further to the west where the artillery from the fortress was used during the battle. During World War II the fortress didn’t see any action but it did have a role in protecting the approach to the Wolf’s Liar which served as Hitler’s headquarter during a long period of the war. In 1944 the fortification was abandon without a fight so it was actually never tested if it could still be used in war exactly a hundred years after the construction was begun.

Today the large fortress has been turned into a museum and you can go inside and visit the area. we went in and walked around the area – there are different trails you can follow through the area depending on just how long you want to the be walking. We decide to go for the second tour which takes us to a large part of the different fortifications but still avoids the longest walks which apparently might be a bit wet as well at times.

The tour takes a bit more than an hour to complete in a leisurely pace with enough time to go around the different buildings and go in to have a look at the different small museums at the location. If you have an interest in old fortifications and the period around the two World Wars it is interesting to go and visit this museum.