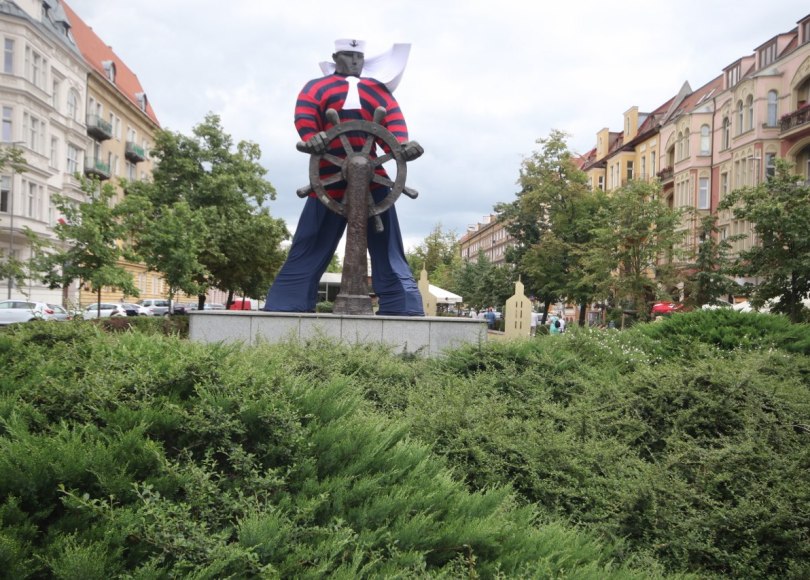 One of the great streets in Szczecin is the Fountain Avenue which has been renamed into Aleja Papieza Jana Pawla II – or Pope John Paul II Avenue after the polish born pope. The pope seems to get a lot of major streets in all streets of Poland named after him after his death – I got a feeling he is more popular in Poland than the other historical figures like Copernikus and Chopin.

At the end of the fountain you find a sailor monument. A giant sailor is standing there in his sailor outfit holding the rudder. He looks very concentrated on his task of steering the boat and there is not much of a smile on his face.