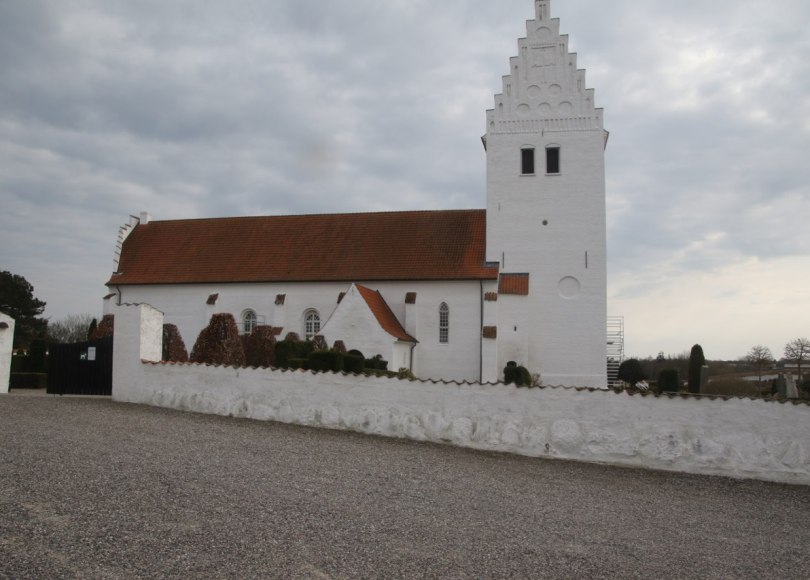 The three churches of Fanefjord, Keldby and Elmelund all has similar paintings which is presumably painted around the same time by the same master. The man is known as the Elmelundemaster. The best of these churches is supposedly the Fanefjord church.

The church of Fanefjord dates back to the middle of the 13th century and a hundred years later it got the first of these impressive paintings. Around year 1500 the church got the rest of the many paintings – and these are presumably made by the Elmelundemaster.

It is free to visit the church – but you need to be there during the day since the church will close after around 3 in the afternoon. Fortunately they don’t really stick strictly to the timetable so the church was still open when we arrived after 4 in the early evening.