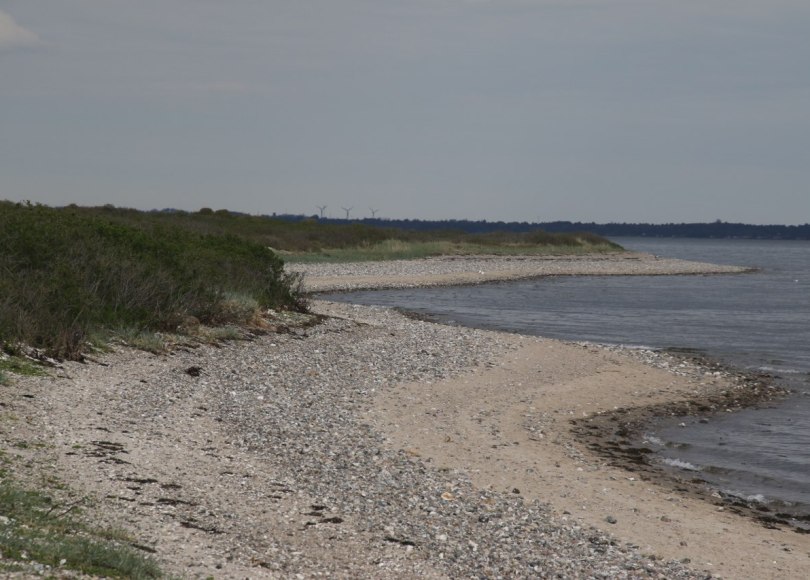 There are a few beaches on Fur which do attract a lot of visitors. There are an area with a lot of summerhouses where people will head and enjoy their summer on the island. They can take advantage of the sandy beach on this part of the island – on many other parts of the island the beaches are stony since the stones are washed out from the clay cliffs.

It is pretty to have a look at the beaches. There is actually a little bit of history in the northern most corner of the island. There is a stone up here commemorating an operation during the latter part of the Second World War. During the end of 1944 the planning of a weapons drop by the Royal Airforce. It took a while before the weapons drop finally took place.

On March 4 1945 a special code was sent out on BBC radio broadcasting to Denmark. The message was a special greeting to Franklin. This meant a plane would drop the weapons shipment in the water outside Fur. A total of 12 containers were dropped in the water for the Danish resistance movement to use in the final days of the war.