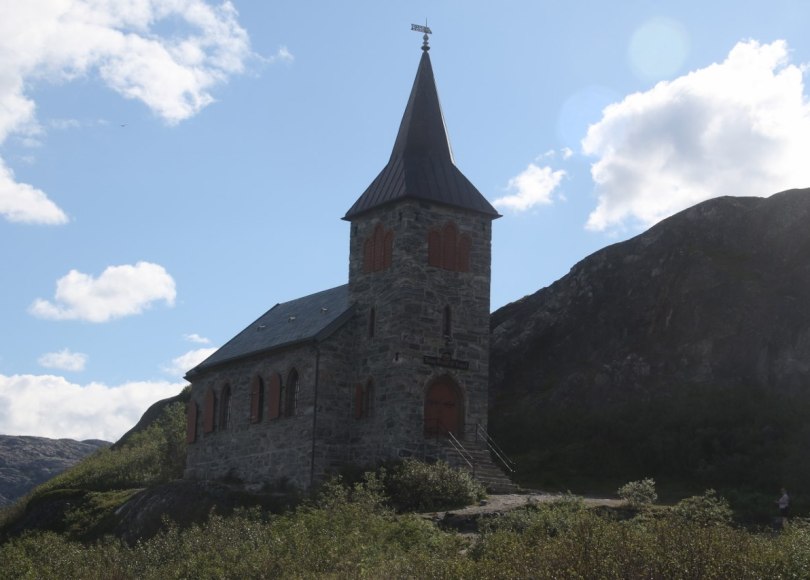 Traditionally the northern part of Scandinavia and the north east of Russia was outside the control of Russia and the Scandinavian countries – they did officially claim the area but in reality the local Sami were pretty much left to themselves without any interference from the southern government. This gradually changed as the Danish-Norwegian, Swedish and Russian government gradually increased their control of the north.

This finally restricted the free movements of the Sami and meant the fishermen were only allowed to fish within their own countries national borders. In practice the fishermen did sail into the neighboring countries. Norwegian fishermen were angry with Russian fishermen who illegally crossed the border to get to the good fishing grounds just off shore at the Area around Jakobsenelv.

The disputes between the fishermen escalated and the district administers of Finmark region asked the central authorities to send up a gun boat to protect the sovereignty of the Norwegian waters. The request was denied – but something had to be done. And a Norwegian naval officer came up with a solution. They could build a church as a cultural border defense.

It wasn’t really clear just how the church was supposed to protect the Norwegian border against the Russian fishermen – but they ended up choosing this solution and build a church. It is unknown if the church stopped any Russian fishermen from crossing into Norwegian waters but this was the only object marking the border for several years afterwards.

There was finally built a chapel in 1869 and king Oscar came to visit in 1873 and asked to get his name linked to this chapel. So the chapel was renamed as King Oscar II chapel.

Outside the chapel is an old cemetery with many graves from the locals who had been buried during the year. There are graves with both Sami people, Norwegian settlers and some Orthodox graves as well for Russian who died in the area.