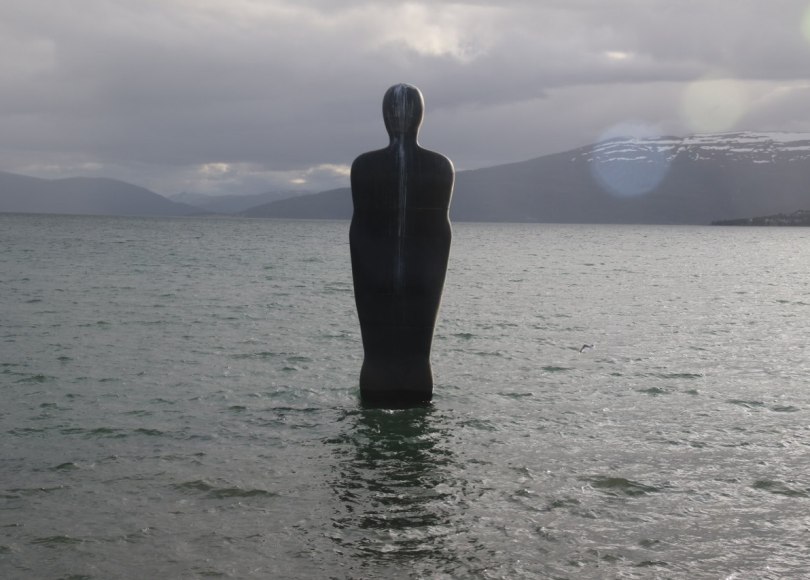 The city of Mo-I-Rana is by far the biggest city within a couple of hours drive in any direction – so it feels almost like a city after driving through the virtually unpopulated coast of the Norwegian mainland. The city is sort of our introduction to the land of the midnight sun since the city is only a short drive south of the Arctic Circle.

A town like this has a few attractions. And the biggest attraction of the city is a statue called Havmannen – or the man from the sea. The statue is one of the most famous statues of the arctic and it is the attraction people will try to see when they visit Mo. Actually it seems like the number of major attractions of the town is somewhat limited so this is the main attraction.

The statue is located right down at the water in the city just outside the nice area around the shore of the fjord where people of the town seems to come to enjoy a bit of warmth during the short arctic summer.

The location of the statue is actually the most spectacular with the statue in my opinion. The statue is located out in the water so the man stays partly covered by the look out over the area.

The statue is free to visit down at the waterfront – so if you are in Mo-I-Rana it is clearly a must see attraction and the view of the waterfront area is pretty as well.