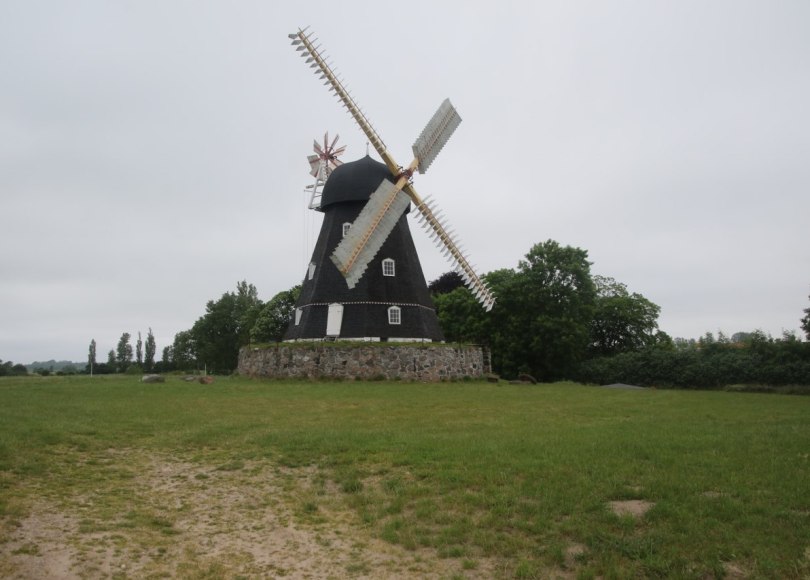 The small village of Gubbe has a couple of mills which are interesting just to drop by and have a look at. There are both a windmill and a watermill which is a very unusual sight in Denmark – in fact only 4 such places has survived around Denmark till today so going there and have a look is pretty interesting if you like to look at old mills – both the water and the wind variety.

The mills are located just next to the road – so despite the fact they are private property you can have a look at them. There is no set public access but there is the option to go and call the private foundation which is taking care of the mills and they will be able to organize a visit to the mills. Unfortunately I forgot to get the number so I am not sure how to contact them in advance without dropping by the mills and find the contact information.

The watermill at Gubbe is the oldest of the two mills. It dates back to 1502 when it was mentioned there was a small farmstead here with a mill which belonged to the nearby estate of Brahesminde Gods. It belonged to the estate until 1874 when it was sold off.

The windmill was actually not built here originally but in a town on Zealand called Nykøbing Sjælland. It was moved to this location in 1890 and since then the two mills has been located almost side by side.

The mills were in work until 1960 when the milling of flour was permanently stopped. But the mill is actually still functioning and could be used to making flour if anybody want to do it.