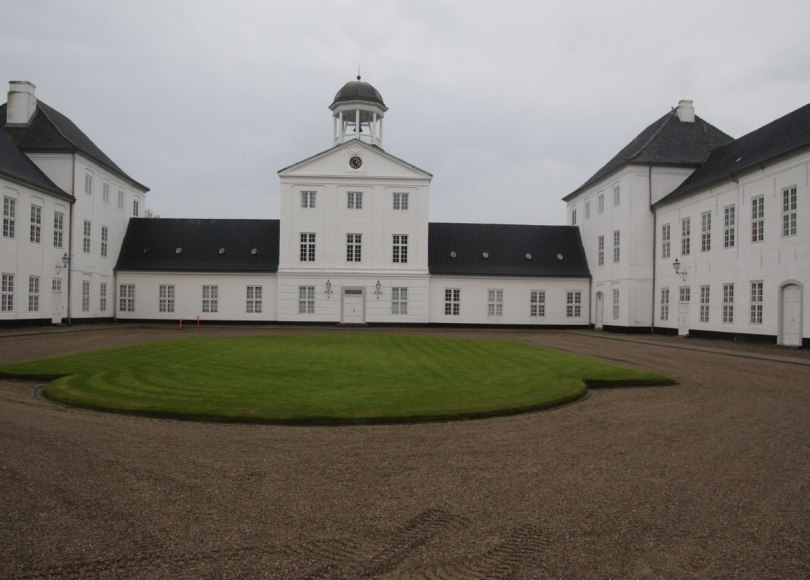 Just north of the border to Germany you find the small village of Gråsten. This village is mainly famous for two things – the old inn which serves the traditional cake of this region during the season and the castle in the town.

The construction of the current castle was started in 1759 and the castle has been there since this time. It was owned by different nobility over the years and in 1845 the castle was owned by Duke Christian August II – he opened his house for the Danish writer Hans Christian Andersen who didn’t have a home and just moved from one castle to the next since everybody wanted to give free room and board to the famous writer. During Hans Christian Andersen stay at this castle he wrote the fairytale of The Little Match Girl.

After the war of 1864 the area around the castle was conquered by Prussia who integrated this area in the new Germany a few years later. The area stayed under foreign rule until the referendum of 1920 which showed a clear Danish majority in this area and the area were returned to Denmark. The owner of the castle died shortly after the reunification with Denmark and the Danish government bought the castle and the land from the estate. The land was divided amongst the local peasants and the building was used as a residence for some civil servants, a courthouse and library of the area.

In 1935 it was decided to give the castle as a wedding gift to Crown Prince Frederik when he married princess Ingrid of Sweden. The idea was to create a connection between this area which had recently been returned to Denmark and the royal family. It worked well. The couple stayed there every summer and parts of the rest of the year for the rest of their life – Queen Ingrid died in 2000.

After the death of Queen Ingrid the castle passed to Queen Margrethe II who has used it a bit and the current crown prince Frederik is spending a few weeks in the castle every summer.

If no member of the royal family is present there is public access to the garden for free. You can just walk in from the street and enjoy the pretty garden. The locals seem to use the garden a lot for walking their dogs and just enjoy the flowers and I guess the garden do attract a lot of visitors from the rest of Denmark as well as it is the main attraction of the city and pretty much there is only cakes and this castle in the city.