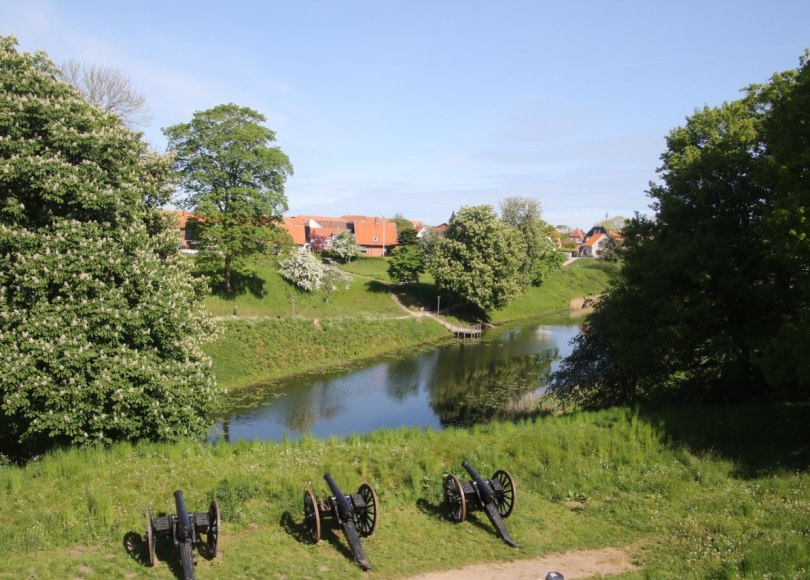 Fredericia city is a fairly new city in a Danish context it dates back to 1651. The reason the city was founded here was a wish from King Frederik III who wanted a city to defend the area of Jutland and protect to the crossing to Fyn. So the city was built as a fortress with a city inside it at a location of strategic importance.

The late foundation of the city meant it was from a time when city planning had begun – and this was particularly the case when the city had a military purpose. So the streets within the city are all made on a grid with straight roads.

After the war the fortifications were repaired and completed in 1664. The fortress didn’t see action before the first war of Slesvig from 1848-50. The rebel forces laid siege to the city and tried to bombard the fortifications as preparations of an attack. The bombardment didn’t do much damage and the rebels never attacked the city. Instead the Danish forces gathered inside the city – they got reinforcement from other part of Jutland and finally there was an army of 19,000 inside the fortification.

The Slesvig rebels had a force of around 14,000 men but they had the advantage of having made some fortifications so the battle wasn’t a foregone conclusion. After a long hard battle the Danish army finally prevailed and the rebel force had to retreat while losing a large portion of their force. The victory was considered one of the main Danish victories during the war despite heavy losses. To commemorate the victory there has been made a statue of the common soldier which is located just inside the fortification.