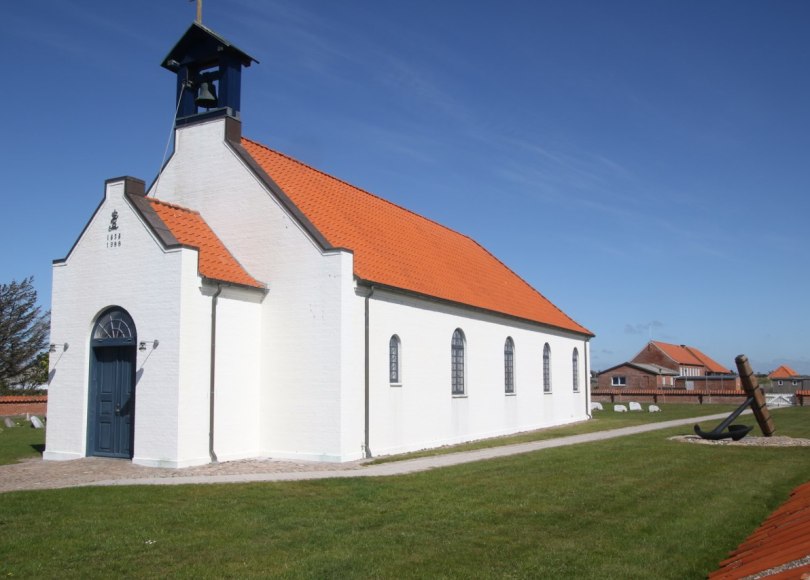 Agger is a tiny town in the north west of Denmark. The city is located pretty much in a corner of the country – west of the city you got the North Sea and next city is some settlement in the UK. To the south there is only a narrow strip of land which is a nature reserve with a road through it. The road ends at the edge of Limfjorden from where you can catch a ferry across the fjord to the southern part of Denmark. The nearest city to the east is the tiny settlement of Vestervig which is an old town but its glory day is almost a millennium ago so today there isn’t a lot going on in this corner of Denmark.

The city is pretty small but it has gotten a bit of fame in Denmark because of a television show called Heavy Agger – I haven’t really seen the show but it is about some young people in this dead end town which is into heavy music. And when we walk around the city we see the store where the heavy enthusiasts have their little free space. It is surprising to see a shop like this in this corner of the country – but I guess you should expect it when you got a television show about it.

There are a few minor places of interest in the town – there is a pretty old yellow house which is an old fishing house. It is a couple of hundred years old and it is probably the oldest house in the village.

Another place of interest is a couple of black houses which used to be the boat houses of the fishermen of the village. Back in the old day the main livelihood of a lot of the small villages along the North Sea was fishing. The soil here next to the coast is very poor because of a lot of sand which has been drifting inland from the coast through the centuries. So out at the coast not much can grow in the salty and sandy soil.

There isn’t a lot to see in the village but it is nice to go and have a quick look when you are exploring the nearby Thy National Park. So you can go in and see a little traditional west coast settlement which hasn’t been taken over by the summerhouses and the hordes of sun seekers who come here during the short Danish summer.