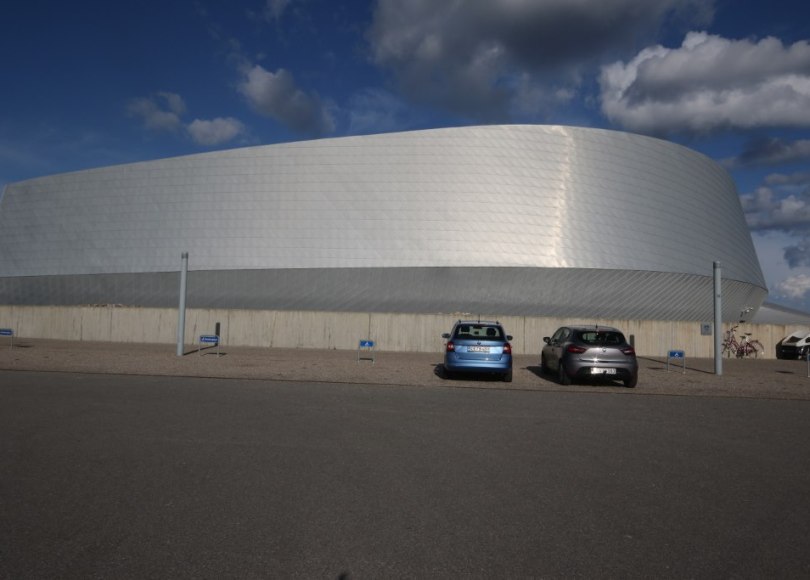 The aquarium is located at a new big building down at the water at Øresund which is the sound just outside Copenhagen. The aquarium is open every day and till 5 at night on Monday the aquarium stays open until 9 at night – so it is a possible destination to go towards the end of you day sightseeing in Copenhagen – particularly during the long summer nights when the sun is still up till way after 9.

The Blue Planet got different sections with sea life in different parts of ocean around the globe. Naturally there is focus of the cold waters around Denmark but there are also sections with the life on the coral reef, in the Amazons River and the great lakes of Africa.

The funniest animal at the aquarium is a pair of sea otters from the Pacific Ocean out of the west coast of America. They are pretty active swimming around in their pool. The best view of the otter is actually outside the aquarium so you just have to go out the door and look at the cute animals.

The main feature of the Blue Planet is a large shark tank with a several hammerhead sharks. The Blue Planet got these just after they opened and they are still not fully grown so you can go and see them now and then come back in a few years and check if they have gotten bigger.

In the shark tank there is also a lot of rays and other large fish which make it the biggest attraction of the aquarium. There is an underwater tunnel at the large tank so you can go through it and have a ray or a shark swim on top of your head.

There are bigger aquariums around the world. But this is still pretty big and one of the biggest in Europe so if you like a look at the sea creatures this is worth a stop on your trip to Copenhagen.