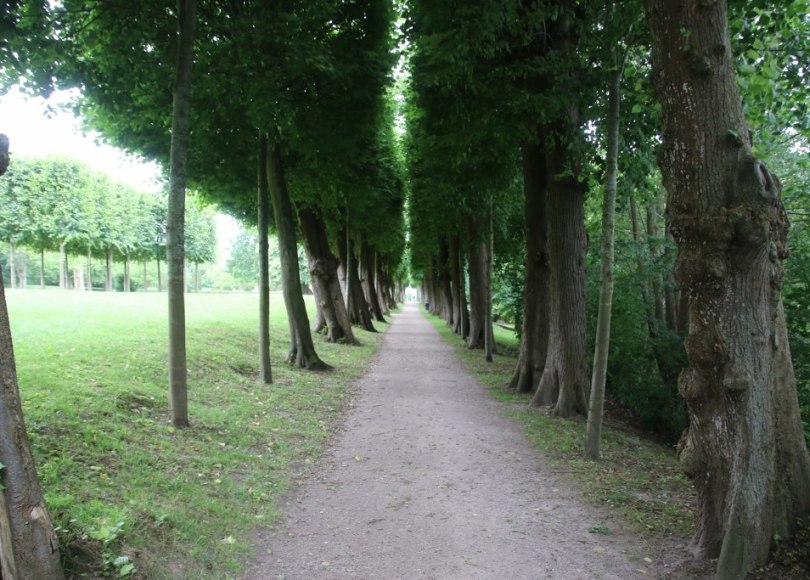 The small town of Glücksburg is the northern most city of all of Germany. It is a small town but it is still well worth visiting the town. You can easily reach the city by road but the most charming way to get here is on a cruise from Flensburg. During the summer there are several departures every day and there are different options. We went on the MS Viking which has four departures a day. If you go on an early departure you will have plenty of time to explore the small town.

The first thing you see when you arrive at the town is the beach – it is a beach destination of the area and probably attracts a lot of people during the summer. Just not today with the cloudy and windy condition – there is nobody at the beach and we don’t want to join a crowd which isn’t there.

The main building down at the beach is a huge beach hotel which looks like it has been there for a while it looks like it is built in the old tradition of beach hotels from the beginning of the 20th century.

From the city we walk through a small park which is more like an old growth forest with lots of trees. There are a lot of trails for the locals to use for their daily run or walk with the dog. We go this way through the forest to reach the main attraction of the town. Down at a lake you can see the large Glücksburg Castle which is right down at the water edge. The castle is a very historic castle a handful of the European royal families can trace their heritage back to this castle.

Down at the lake there is some nice old houses where the better of in the town probably reside. As part of the castle is a big rose garden which is good for a little wonder.

After we are done with our exploration of the city it is still almost an hour for our boat departure. So we look for a place to get a quick lunch. The main place we spot is a large traditional stall selling the traditional German stables like bratwurst and curry wurst – the German sausages. And of course you can have a nice glass of German beer to go along with the food. We just had to be guarding a bit against the wind since the combination of strong wind and a beach isn’t ideal when you try to eat. Fortunately the sand was a bit wet so there wasn’t too much of a sandstorm going on while we waited for our boat.