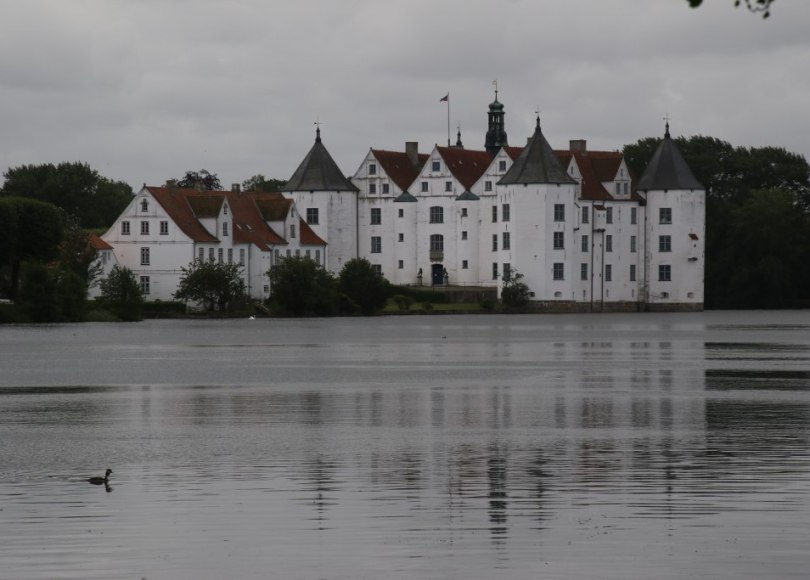 The small town of Glücksburg has a real top class attraction in the form of the Glücksburg castle. The castle is an old castle located in a park and right down at a lake – so when we walk towards the castle from the harbor we see the castle across the lake. It looks like a real fairytale castle there down at the lake.

The castle has an unusual place in European history of the 19th century since the house of Glücksburg became one of the best connected families in all of Europe. The family was related with the Danish royal family it could trace its family back to a Danish king several generations and the head of the family had married a granddaughter of another king of Denmark making their claim to the Danish throne stronger. When the last Danish king of the Oldenburg line died without leaving an heir the road were paved for the house of Glücksburg.

The fourth son of the duke became the new king of Denmark under the name of Christian VIII. He had several children and his kids married into most of the royal families of Europe. The current Danish royal family is descendant of one of his sons. Another son became the king of Greece and a grandson became the king of Norway. One of his daughters married the later king of England while a second daughter married the czar of Russia.

Considering the history of the castle it is a well worth destination just to see the small displays of this important European history. But even if you have no interest in the older royal history of Europe you will still enjoy the castle since it has some nice displays of old furniture’s in the grand halls.

Some of the main halls have some pretty tapestry on the walls which is interesting in addition to the furniture of the rooms.

In some of the towers castle you find different small display of the history of the area and the royal families in Europe. There is an exhibition about the wars of 1848-50 and 1864 where the area was lost from Denmark and many people of the region got killed in the war before Prussia annexed the area.

An interesting part of the castle is actually the roof. Up here the servant had their quarters – the rooms of the servants obviously were much less impressive than the halls below. But the servants actually had bigger rooms with better looking furniture than I would have expected of a room from this era.