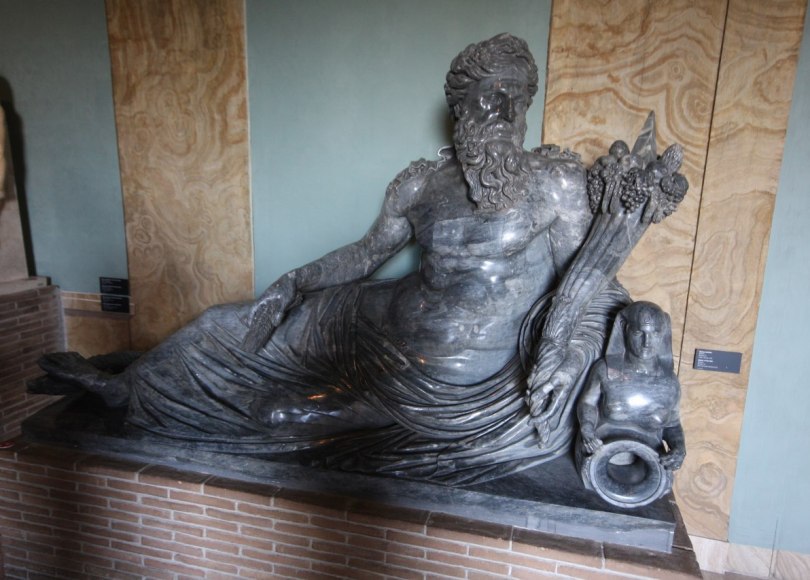 The museum date back to 1506. Back on then on 14 January a statue was discovered in in a vineyard near the Basilica Santa Maria Maggiore. Pope Julius II sent some representatives to have a closer look at what was being dug out of the ground. The representing the pope just happens to be Giuliano da Sangallo and Michelangelo Bounarroti – or just Michelangelo. The two recommended the pope to buy the statue and the pope immediately bought the statue.

The pope put the statue on display just one month after it was discovered – and the Vatican Museum were born. Or maybe a tiny predecessor to the museum.

From the humble begins the museum has grown and currently it has a collection of 70,000 pieces of which 20,000 is generally on display. The collection includes a large collection of the most important Roman statues – after all until about 150 years ago the Vatican wasn’t just a tiny state but actually a fairly large area around Rome with access to many ancient Roman sights. In addition to the ancient collection there are also many renaissance art pieces. In addition there are halls with Egyptian artefacts and Etruscan vases found in the area just outside the city of Rome. The museum has also added a section with modern or sort of modern paintings by artist like van Gogh, Gauguin, Dali and Picasso.

Today the museum is one of the biggest museums in the world and attracts about 6 million visitors every year making it the fourth most visited art museum in the world. So when you visit it is not going to be a quiet and peaceful experience where you got the art pieces to yourself – you will have to share it with thousands of other visitors.

The access to the museum is free the last Sunday of every month – but you might actually want to avoid this day because of the crowds will be even bigger than the rest of the month. To avoid the queue when visiting the museum you can buy your ticket online.