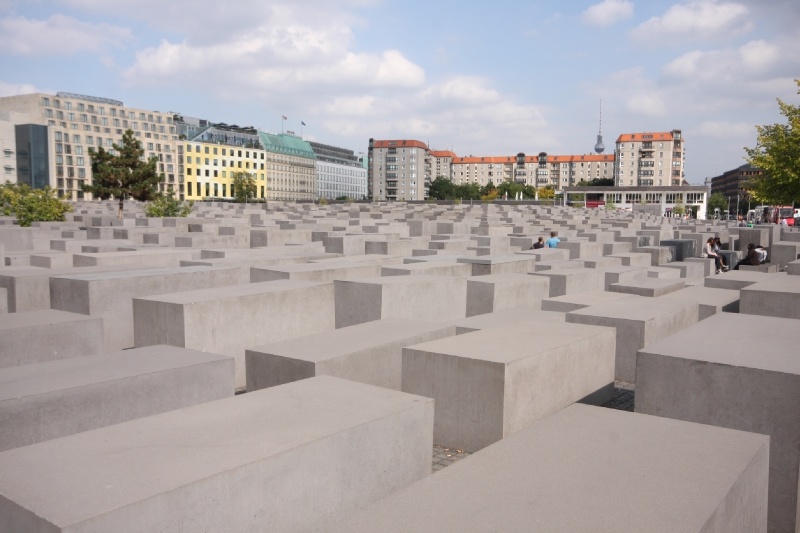 For many years there was no memorial for the holocaust in Berlin but finally in 2003 they began to construct a large memorial at the very center of the city. It was finally finished on May 10 2005 a couple of days after the 60th anniversary of the end of World War II.

The monument is located in the former death zone behind the Berlin Wall in the eastern part of the city – hence the area had been cleared from any buildings during the communist era so it was available for construction. The area is only a couple of minutes’ walk away from the Brandenburger Tor and must be some of the most valuable real estate in Berlin and these 1.9 hectars (4. acres) land must be worth a fortune. So when you consider the prices of building lots in this part of town you realize somebody in Germany really feel a need to make a worthy memorial for the events which took place a couple of generations ago.

For me the memorial seems a bit strange with 2711 rectangular concrete blocks spread out over an area the size of an average city blog. There is not much else around except all these concrete blocks at different heights. Some of the concrete blogs are low but some are as high as four meters.

There is a free visitor center you can go inside and learn more about the monument – that is if you are not dropping by on a Monday like me when the visitor center is closed.