We have travelled around Madagascar without visiting any major historical sights during our trip. The reason has been pretty obvious – there just isn’t a lot of historical sites around Madagascar – most buildings has always just been huts of different sorts which won’t last more than a few decades at best. The French might have left a bit behind but there really isn’t much which you can describe as really spectacular. But finally on our last day in the country we will visit the only cultural world heritage locations there is in the whole country. 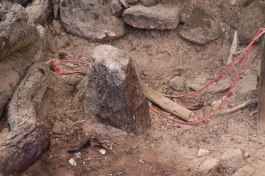 Stone where you kill buffalo 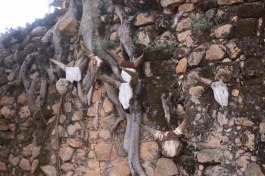 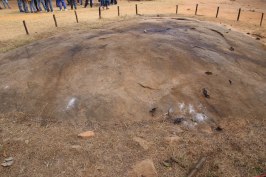 Sacred stone outside the gate 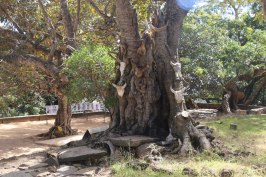 A little outside of the capital Tana there is a hill which housed the first royal palace of the whole of Madagascar. The place is in the middle of the Merina tribe area – and the chief of this tribe unified Madagascar in the 18th century and made this area his capital. The palace is on the top of a hill so you need to drive away from the main road up the hill to the top. I guess it is actually possible to get here by public transport and then hike a kilometer up the hill to the entrance but fortunately we had a car so we didn’t have to do the hike.

We get to the top and can enjoy some views of the area before we go inside the palace grounds. The palace is surrounded by a wall which was build using no less than 16 million eggs – I am not sure how many chickens they must have had in the area around the palace to produce this enormous amount of eggs to be used in construction. 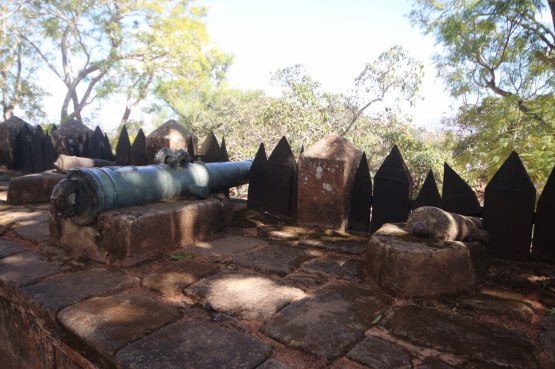 Gun at the palace

Behind the walls are two palaces – well I guess the classification as palaces depend on your definition of a palace – both the buildings are much smaller than even a tiny palace in Europe. It is definitely not huge buildings but smaller houses – especially the oldest royal palace of a unified Madagascar. The palace building is made by wood and it is constructed around a huge palisander wood pole which was transported from the coast by no less than 2,000 slaves. You can go inside the palace which only consists of a single room but unfortunately you are not allowed to take pictures inside it. The room is sparsely furnished and doesn’t really make you think it used to be the home of a king – I guess most people would prefer staying in the comfort of their own house with a proper bed with madras. 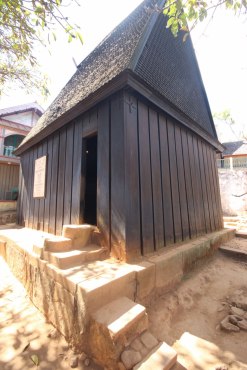 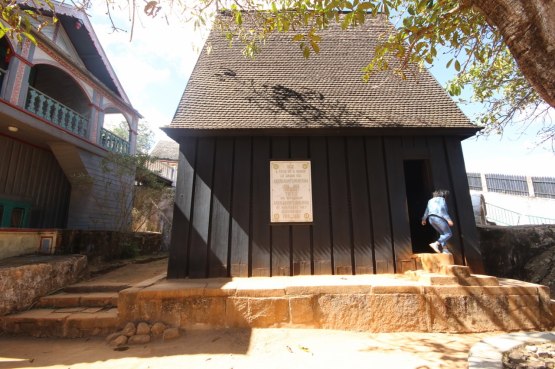 Next to the old royal palace is a more modern building which used to be a summer palace for a queen who used to be the ruler of Madagascar. The house is much more modern and in western style but despite the fact it is a summer palace it doesn’t really seem all that luxurious. Though the house is bigger than my palace so I guess it would be too bad to live in this house.

Pavilion where the ministers met

In the summer palace is a room which used to be the meeting room of the cabinet – it got an amazing view of the area below and I guess you might have felt mighty if you sit in this room and make decisions for the country.

When you go out of the palace you see some buildings which look fairly nice – but this isn’t houses – it is small mausoleums of the dead members of the royal family. 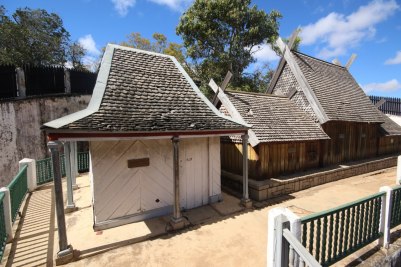 Behind the palace is a small pool. Apparently the old king used to have his annual bath here with his twelve wife’s attending in addition to other special invited guest. After the bath the water was considered sacred and it was distributed to the people who attended. Fortunately the bath was pretty big so there would be a lot of water in the bath to dilute the dirt of the king which must have been filthy after a year with no shower.

There is a bit of water in the bath and it doesn’t look very appealing so I hope they actually got some clean water for the king when he finally had a bath.

Candles and candy left as sacrifice 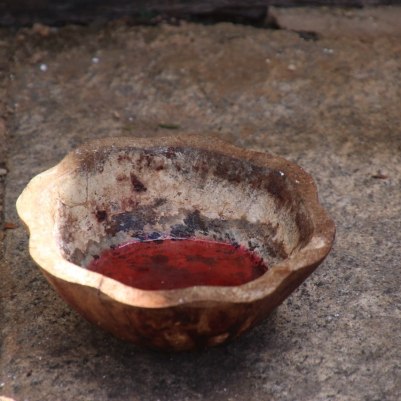 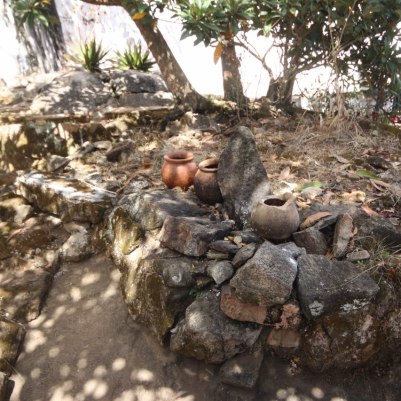 The palace is still important for the locals living in the area. they come here to make small sacrifice at the palace in front of the palace they come and sacrifice buffalos at certain times – and inside the palace you can see small offerings left by local visitors of wine and coke.

We walk out of the palace to a cliff behind the palace where we can enjoy a view to the valley on the other side. The palace is pretty small so our visit here didn’t take very long and we make our way back to the car and drive away from the royal residence.