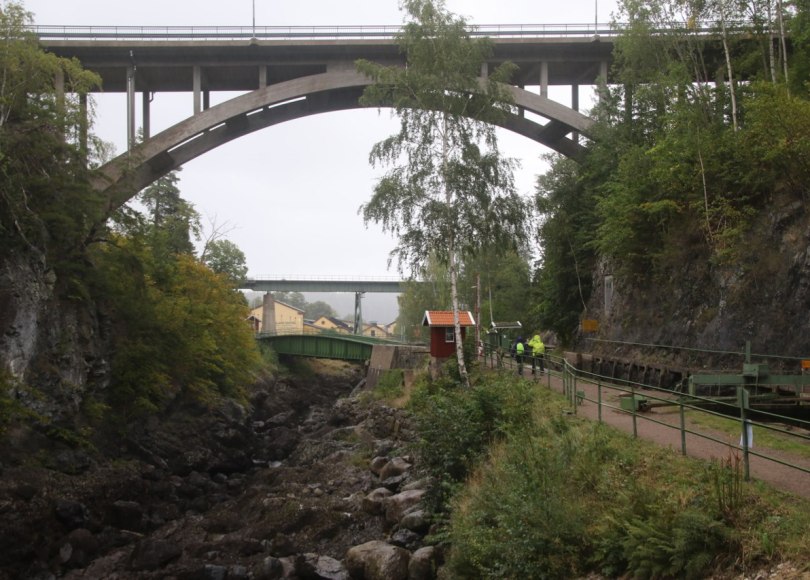 Dalsland Canal is one of the many canals which have been made in Sweden making it possible for boats to navigate between the many lakes. The canals make the needed artificial connections to supplement the rivers to make the journey possible. Dalsland Canal makes it possible to sail from the large Vänern Lake up to the central part of the Dalsland district which is located to the north west of the lake.

It is possible to make the journey through the many locks at this area if you have your own boat – I guess it is an attractive option during a nice sunny summer day. If you don’t have your own boat you can explore some of the canal in a car. The most interesting spot along the canal is the Håverud Aqueduct.

The landscape at the area around the aqueduct was considered a very difficult challenge to connect since the deep soft rock of the area was considered useless to form the foundation for a traditional lock. Hence it was necessary to make a different solution if the ships should pass through this area. The solution was to build a special aqueduct which would be sort of an artificial canal built in the air above the soft rock.

When you first see the aqueduct you might think it is bridge – but in fact it is an artificial river making it possible for minor ships to go through this area. It is interesting to see this piece of engineering which is pretty unique for the Swedish canal system. The aqueduct actually has a pretty location at a small canyon which is crossed by a major bridge which let the modern day traffic cross the old canal system.