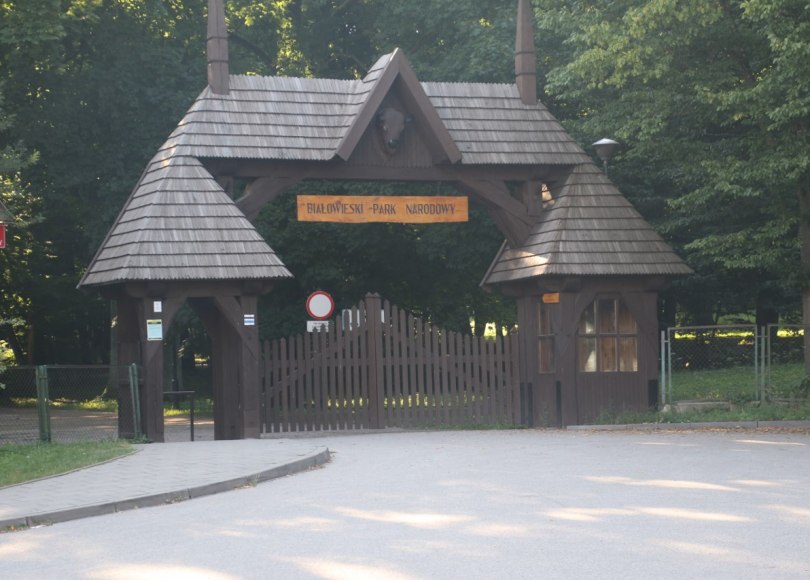 The last place you could find European bison in the wild was at the Bialowieza Park – these magnificent animals is the main reason to come to this part of the world – though you will be very lucky to actually spot one in the wild.

When we arrive in the evening we go to a large park in the village. The park used to be the park of a palace of the Zar of Russia who used to rule this part of Poland before World War I. the zar used this palace as a hunting palace from where he could hunt the many large animals in the area including the bison. The bison actually survived in this part of the world because it was a hunting retreat of the zar – so the bison and other animals were protected so the zar had something to hunt.

The park is a huge area which is laid out in an English landscape style park. So it doesn’t really look like it has been carefully planned – but it has actually been laid out according to some strict principals which I don’t really understand. The park is huge a total of 50 hectares so it feels almost like a natural landscape and not a landscaped park.

the park is open to the public so anybody can just walk in. inside the park is a museum about the national park in the area which you can go and visit – if you actually arrive during visiting hours unlike us.