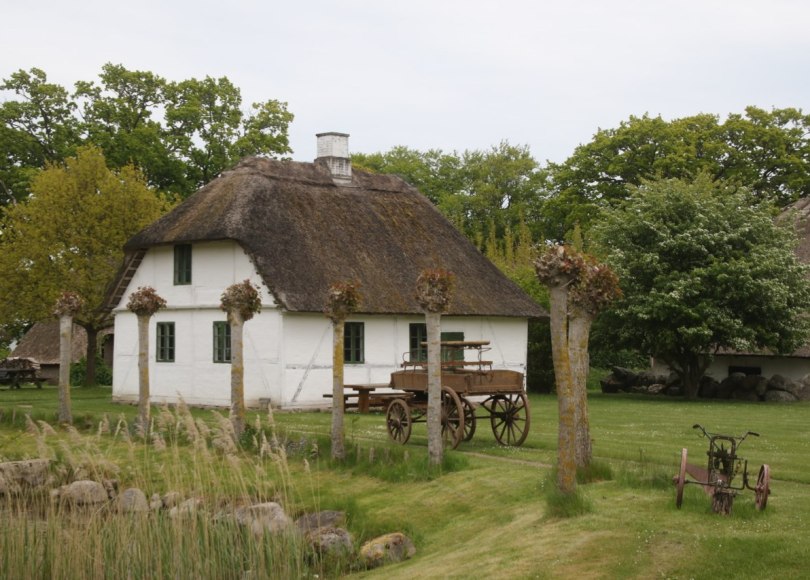 Maribo is an old town on the middle of the island of Lolland. The town is the second biggest on the island and home of the city council of the island. Despite the status as the political center of the island the town is pretty small and quite but it does have some cultural attractions.

One of the main attractions is Maribo Frilandsmuseum – or outdoor museum of Maribo. The museum is actually the third oldest museum in Denmark so the people down here were some of the first movers when it came to preserving the old houses in the area.

The museum is fairly small consisting of about 13 old houses which is a variety of different buildings. There are some old farms but also an old black smith, school house and a fire station.

Unfortunately the museums were temporarily closed when we visited so we could only see some of the houses from the outside. It was a fairly nice collection of old houses and might be worth having a closer look when the museum reopens again.