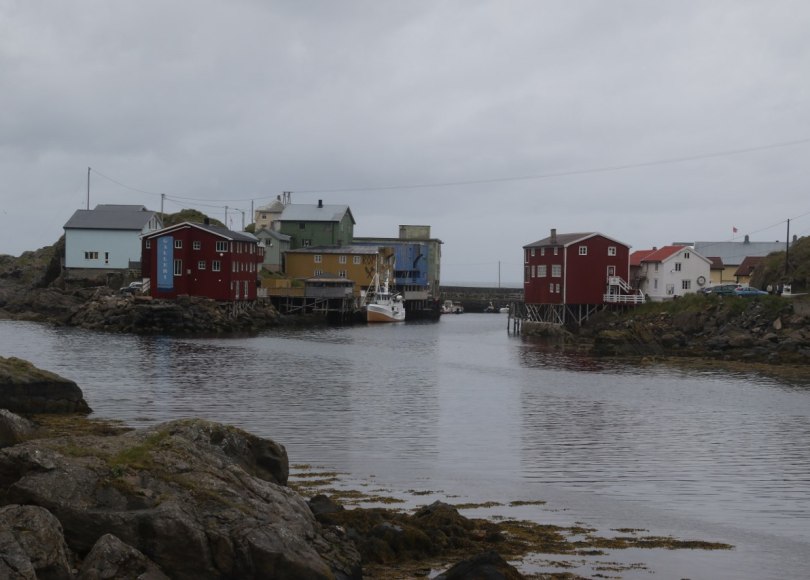 The small village of Nyksund was an old fishing village which were founded in 1877 when the two small islands of Nyksund and Ungsmaløya was joined together to create a harbor. In 1959 these two islands were further connected to the nearby island of Langøya with a breakwater.

This should have been the start of prosperity for the village – but in only a few years the old village was abandon. In 1972 most of the population left the town and it was basically a ghost town. The town was pretty much left and it would eventually be lost to the elements of the area. To prevent the destruction several projects were started in the 1980s – but they all failed.

Finally in the 1990s the village was saved since several private people decided to start renovate individual buildings and the town were transformed into a small tourist mecca at the end of the road.

The town is a nice place to go and have a little wonder for an afternoon and it makes a good destination for a day’s drive from the area just outside Lofoten. We went there for a short while and enjoyed the area and a coffee and cake for the afternoon before we headed back.