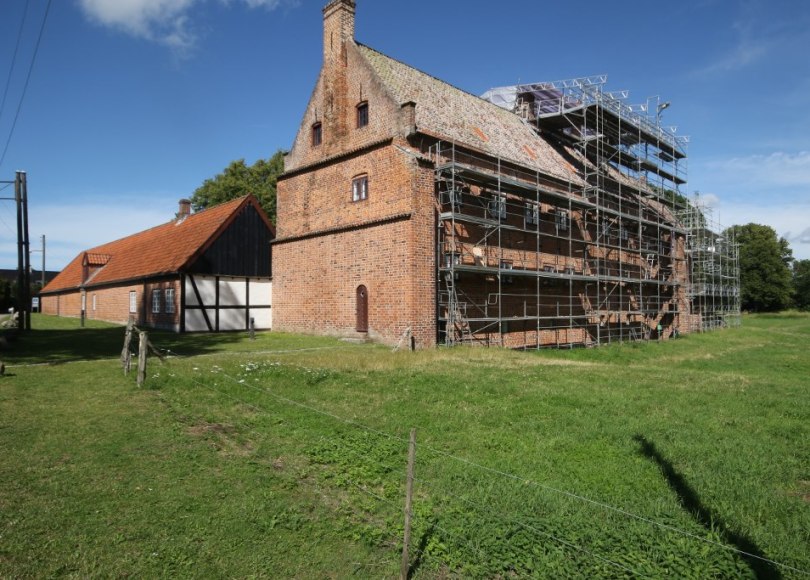 The old monastery Esrum Kloster dates back to the catholic period in Denmark and was officially opened in 1151 there was a lot of monk living their life on the monastery during the almost 4 centuries. But in 1536 Denmark switched from Catholicism and joined the Lutheran church. This was the beginning of the end to the monastery.

The monastery were not allowed to take in new monks but the monks living on the monastery were allowed to stay there for another couple of decades before they were moved to another monastery. After this some of the buildings were torn down but some did remain.

Today you can go and visit the monastery and some new buildings which have been constructed in the area. There is an old water mill which you can go inside and have a look at the machinery of the old mill.

There is a large herbal garden where they grow the herbs which the monk traditionally used to make different forms of original medicine.

During Christmas there is a large Christmas market going on at the monastery during one weekend – but I never been so have no idea how big it actually is.

It is a bit difficult to get to the monastery if you don’t have a car. It is possible to take one of the frequent trains from Copenhagen to Hillerød Station. From there you can catch a small local train north on the 950R line which take you to a small station called Saltrup. From here you can catch a bus or if you have brought your own bike – which is free – you can take the bike along a little hilly road to the monastery.