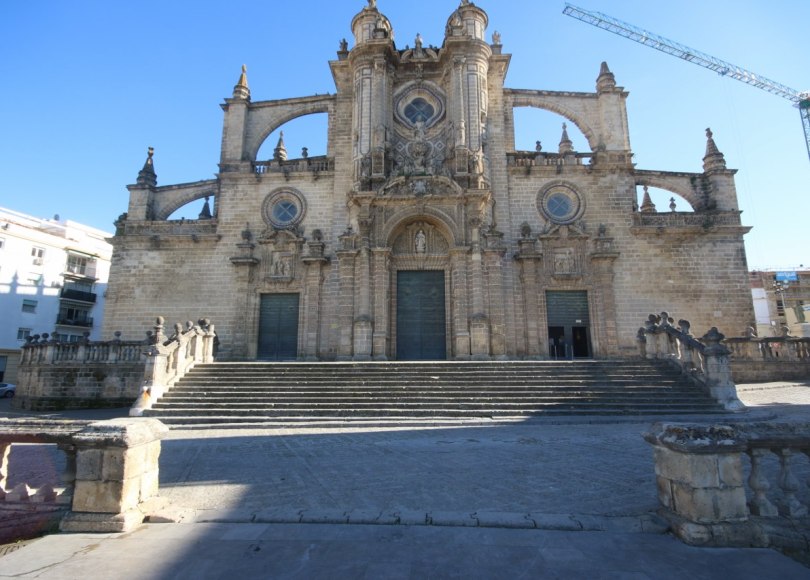 We drive down from Cordoba along some fast roads and arrive in the smaller city of Jerez – the city is an old town and it is one of the most famous in Andalusia for it’s the home to some of the most Andalusian of things. It is possibly from this city the dance flamingo was first invented – ok it might have been in Cadiz or Seville nearby – but there is a strong flamingo tradition in Jerez and you can find places to watch the dance if you feel up to at night time. The city is also the center of the horse-riding tradition of Andalusia and there are a place outside the town where you can go and watch horse riding shows several days a week – though it is not on the morning we could go.

The most legendary product from this city is the sherry. The production technique was created in this city which is only called Jerez in Spanish – in Arabic the city is called Sherries and the production of sherry isn’t invented by the Christian Spanish – but by the Muslim Moors. The product has been famous in Britain ever since Sir Francis Drake dropped by Cadiz in 1587 raiding the city and leaving with 3,000 barrels of the local wine. Ever since the British has been a main market for the fortified wines of the sherry triangle around Jerez and Cadiz.

The famous product was the main reason I wanted to drop by the city for a short visit – I couldn’t resist the chance of going to one of the bodegas – and did go for the famous Byass-Gonzales bodega which is just outside the old town.

But even if you don’t drink a lot of sherry the city of Jerez is actually worth a short visit. The city got a long history and there is an old historic center which is easy to walk around and enjoy the old buildings in the city. The city is somewhat overlooked by the tourist going to the south of Spain – the tourist all seems to go and Cordoba and Granada instead of this small town. We enjoyed our wonderings around the city and managed to find a few good tapas bars to have lunch and dinner – and you can actually get red wine as well if you don’t like to have sherry with your dinner.