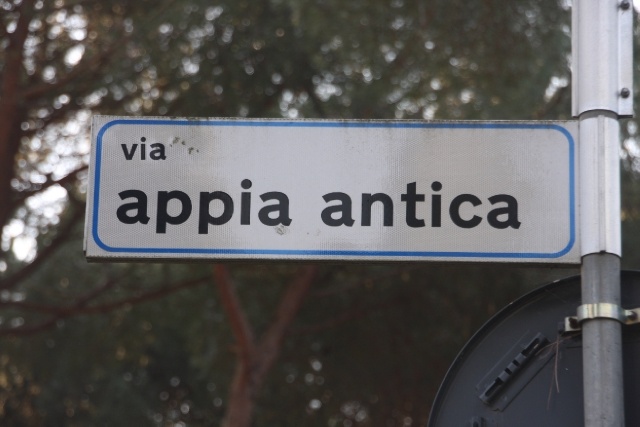 So why do they claim all road leads to Rome? Well because it used to be the case. Before the Roman Empire expanded its territory outside the city of Rome there were no major roads connecting the different parts of Europe. If you would trade with other settlements you would have to use the ocean or the rivers – or just have plenty of time to go through the country side. When the power of Rome rose – they quickly realized they need better connections around the empire – especially since during the early days of the Roman Empire it was a landlocked empire with the Phoenicians dominating the seas outside Rome. Rome needed roads to facilitate trade and enable them to move their armies from one part of the empire to another – quickly.

Today most of the area around the ancient Via Appia Antica is a cultural park – there are lots of ancient monuments along the road. The most famous of the monuments is the ancient catacombs with the old Christian graves. The catacombs was built out here since it was not allowed to burry people within the walls of Rome – hence they had to go out along the Via Appia – it wasn’t just the Christians who buried their dead out along the road – lots of wealthy roman families also built memorials along the road.

In addition to the monuments next to the road – you can also just stroll along the road on the ancient rocks – some of which look like they might be original. You can walk the road – but it’s a pretty long walk – or you can rent a bike from somewhere and ride along the road instead. I walk a part of the road – but not all of it.

The Roman roads have had a profound importance forming the map of Europe till this day. Most cities inside the old borders of the Roman Empire are actually located at cross sections of the old roman road. And when you drive through the southern part of Italy you will frequently drive on section of modern roads which is actually sections of the old Via Appia leading down to Brindise through Taranto.