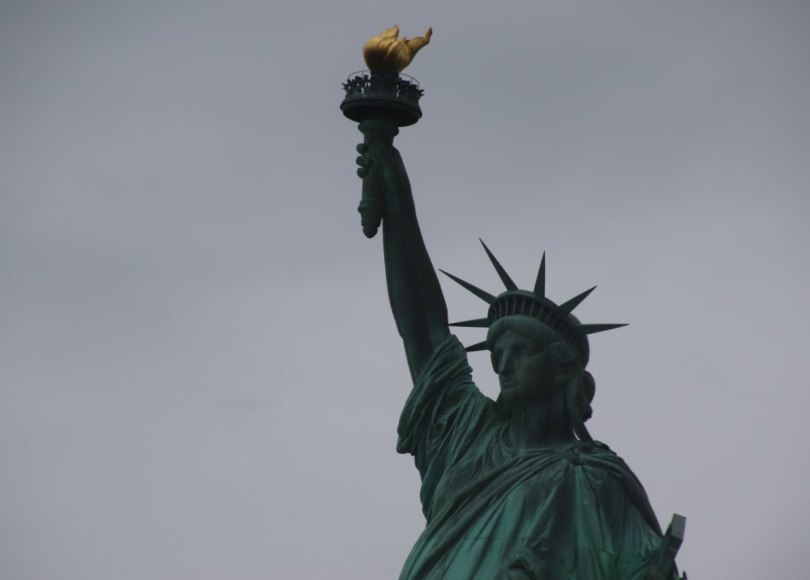 A little south of Manhattan is a small island called Liberty Island it is protecting the approach to New York harbor from the ocean and before you get to Manhattan itself you will have to pass this small island. It used to be known as Bedloe Island and before the name change it was used first as a small pox quarantine station and then it became home to Fort Wood which was designed as an 11 star construction with 24 cannons protecting New York. Construction started in 1806 and was completed in 1811 just in time to be operational when the war against Britain broke out in 1812.

The fort was never actually used in battle and when it was time to find a location for the Statue of Liberty the fort was outdated and didn’t have any military use anymore. So it was used as the base for the statue.

The idea of the Statue of Liberty was formed in France in 1865 to mark the 100 year anniversary of the American independence and also to mark the special relationship between France and USA. The idea caught on and it was decided the French would pay for the statue and the Americans would pay for the pedestal the statues should be placed upon. The fundraising for the money for the statue started in France in 1874 and went pretty fast and the money was raised. The fundraising in America went slower and it didn’t really look like the money would ever be enough.

In 1882 the money for the pedestal had dried up and not much was coming in so the work on the pedestal was suspended. Other cities offered to pay for the pedestal – if the statue was relocated – and no solution seemed in the horizon until the publisher of the New York World Joseph Pulitzer – yes the one with the price named after him – took action. He decided to print the name of anyone who made a donation to the pedestal no matter how small the donation. Money started pouring in – mainly small amounts. Finally in 1885 the New York World announced they had met their target for fundraising. A total of 102,000 dollars was raised from 120,000 different donors. So the fundraising effort was driven by thousands of tiny donations from many people including some poor like 5 cents from a poor office boy and a dollar from a group of children who had saved the money to go to the circus but donated it for the pedestal instead.

While the fundraising for the pedestal was going on in New York the statue was waiting in France. The arm and torch had already been displayed in Philadelphia in 1876 for the Centennial Exposition. And the statue had been assembled in France where the statue stood between 1881 and 1884. In 1885 the statue was dismantled and shipped to the USA where it was reassembled on Bedlow Island in 1886.

The statue is 46 meters tall or 151ft 1 inch and weighs 204.1 tons. The statue looks pretty massive but the copper of the statue is only 2.4 millimeters thick or 1/32 inch. Inside the statue is an Eiffel tower – or at least an iron framework designed by a young engineer called Gustave Eiffel – and yes his best known work isn’t really the frame of this statue but a construction which is probably even more prominent in Paris than the Statue of Liberty is in New York.

The statue is full of symbols – starting from the main motive of the statue which is based on Libertas the old Roman goddess of freedom who was particularly worshipped by the emancipated slaves. So it could both greet the new immigrants coming from oppression in Europe and serve as a reminder of the emancipation of the slaves in America which was announced by Lincoln only shortly before the idea of the statue was formed in France. 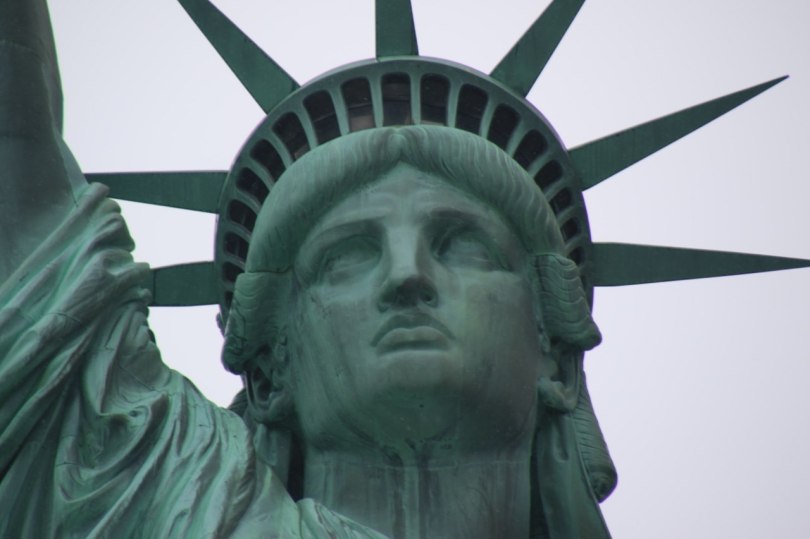 The tablet Libertas is holding in her hand has the inscription July IV MDCCLXXVI – or July 4 1776 the date of the declaration of independence.  The torch is the light that shows the path to liberty. The robe is apparently a symbol of liberty and at her feet is a broken chain symbolizing the breaking of the chains of the slaves. The crown is a divine symbol with the seven spikes possibly symbolizing the seven continents of the world. Un-doubly the statue has become the biggest symbol in itself since it has been so closely tied with liberty and the hope of a better life.

To visit the statue is free but even if you have your own boat you are not allowed to sail out to the statue. So you will have to take a ferry which will take you from just behind Castle Clinton in Manhattan straight to Liberty Island and when you are done at the statue you can continue on the boat to Ellis Island. There are also boats from Jersey somewhere in the harbor area which might be more convenient if you are not in New York. The ferry ticket cost 18.50 for adults and you can buy the ticket online which might be a good idea otherwise you better come as early as possible to avoid the long lines for the ferry – preferably before 9 in the morning. 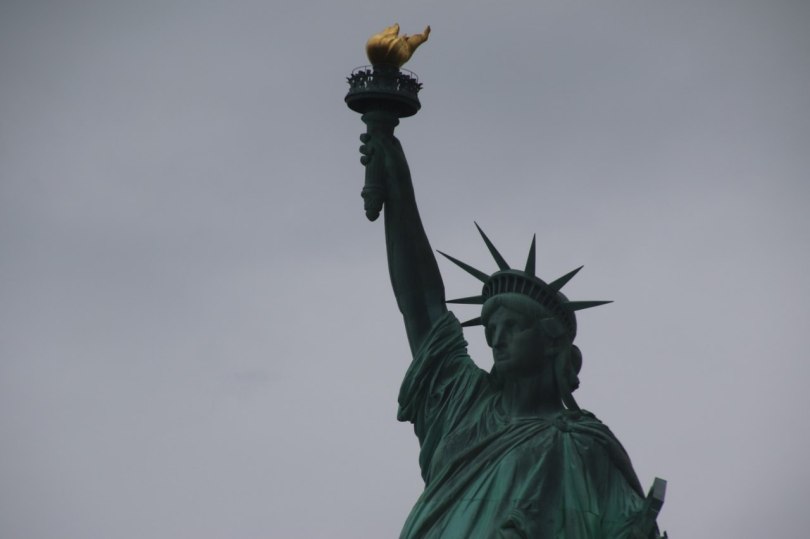