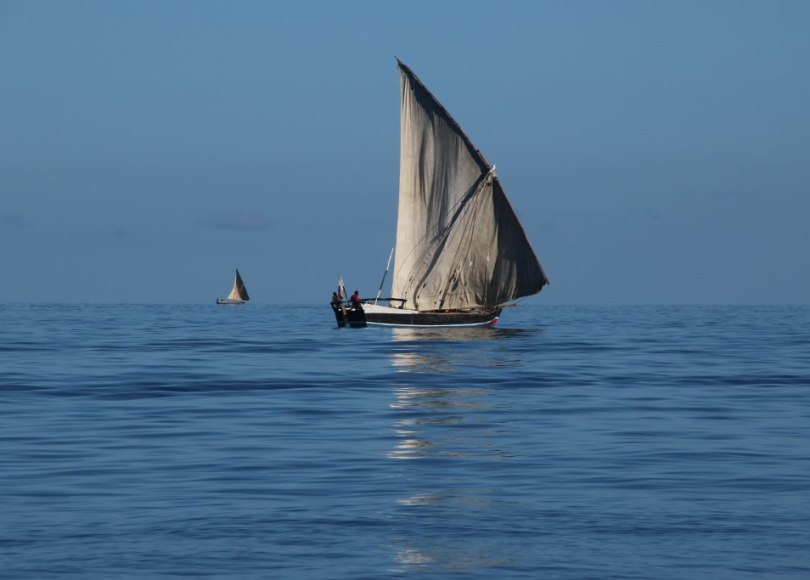 We get up early this morning to get ready for the boat to Nosy Be – the island in this area is usually called something with nosy – which is the local word for island and this one is called Be which mean large. So we are heading to the big island. It is a bit ironic we are leaving the fourth biggest island in the world and our destination is the big island a fraction of the size of Madagascar itself. 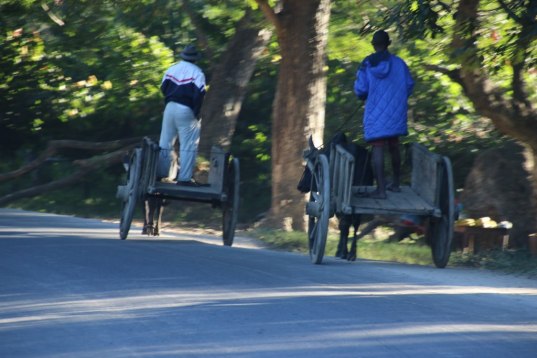 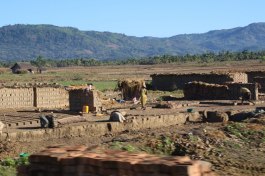 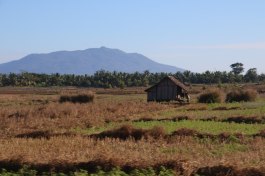 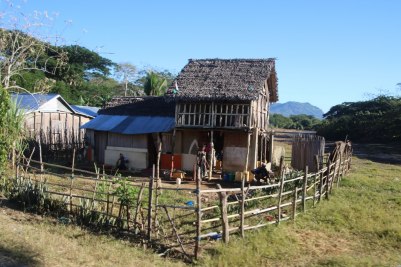 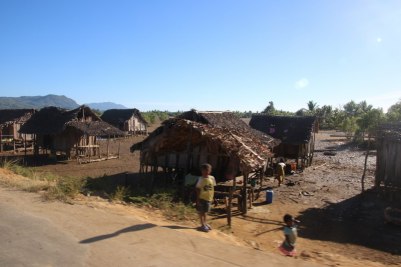 Before heading for the ferry it is time to get some breakfast. There is no restaurant at the hotel but just down on the corner is two bakery shops which will serve something you can have for breakfast in addition to that essential cup of coffee. There are actually a couple of foreigners at the café it turns out it is a couple of Frenchmen who have relocated to Nosy Be where they stay and one of them are actually running another cake shop selling more upmarket breads to the other expat living on Nosy Be. Nosy Be is actually the only place where there are any major expat population living. 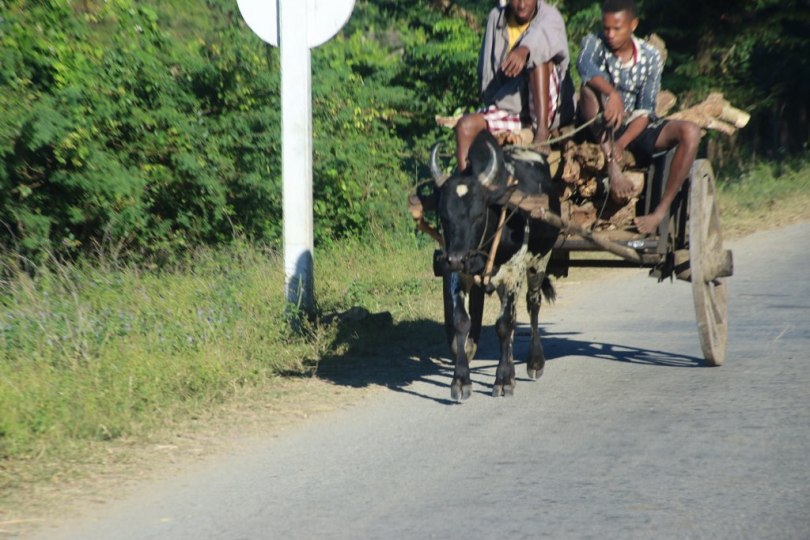 After breakfast we have a short drive to the ferry in the next town. During the short drive we spot many zebu carts going somewhere in the morning. The zebu carts in this part of the country are different from any we have seen anywhere else. Up here the zebu cart is drawn by only one zebu contrary to the rest of the country where there was always two zebus in front of the carts. 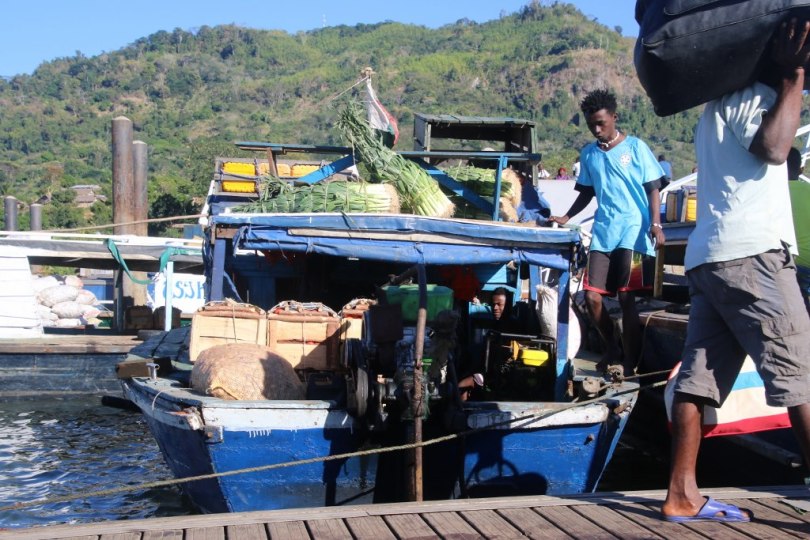 Apparently it is best to cross the water in the morning since there is less wind and more people travelling so you don’t have to wait too long for a boat to appear. 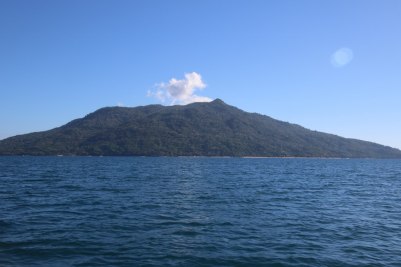 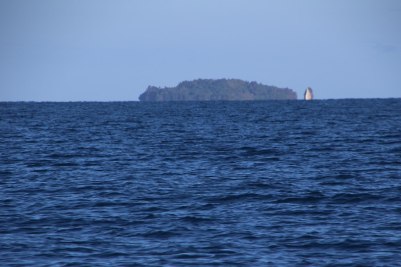 We leave the driver who has to start his long two days drive towards Tana and we go down to a public boat waiting for it to fill up. Fortunately the boat is already pretty full there are only a few seats left. We manage to sit down and they wait for another couple of people to show up and then we are departing. 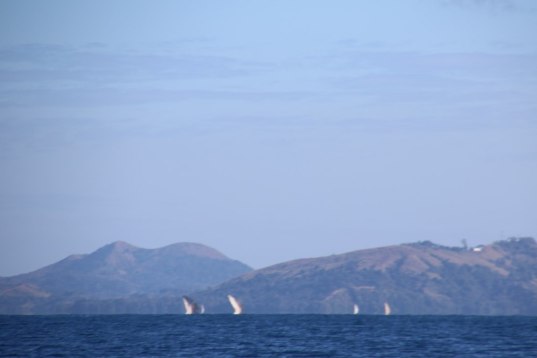 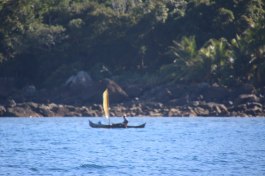 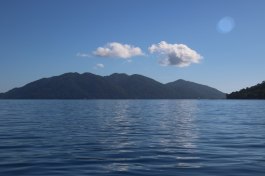 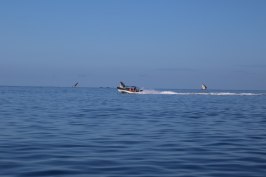 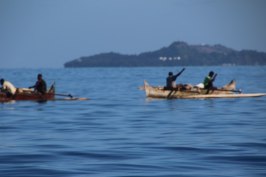 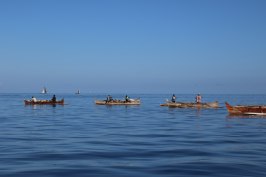 The sail is fairly smooth there aren’t many waves this morning only when we cross the waves created by a boat arriving at the port is there any serious bump on the road. 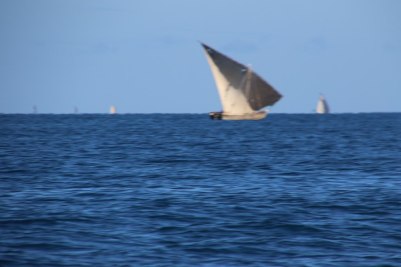 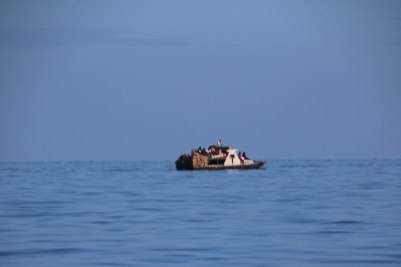 As we sail across the water we see the different island outside the mainland and the many local boats doing their local work. Most go with sail out to fish for whatever there is to catch on the local reef. There are also some bigger boats – apparently they are car ferries – though in most other places these tiny boats wouldn’t qualify for the name ferry but here they carry a truck and a car across to the islands. 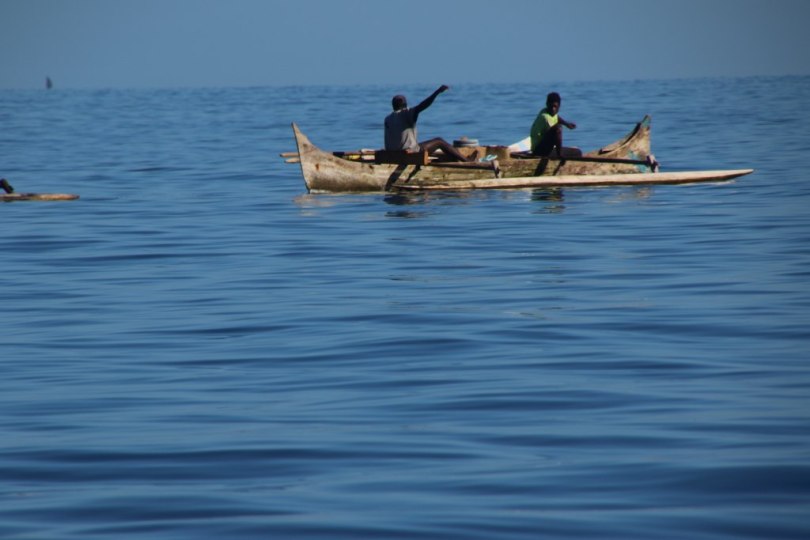 We arrive at the port of the island and it is a bit crazy with a lot of locals grabbing all the bags trying to make money. We let one of them carry the bag though when we get to the entrance to the harbor he wants 10.000 Ariary which is almost 2½€ which is just ridiculous considering the local wages at this area so we just give a couple of thousands and he goes back to wait for the next boat arriving. We catch tuk tuk and drive away for the hotel. 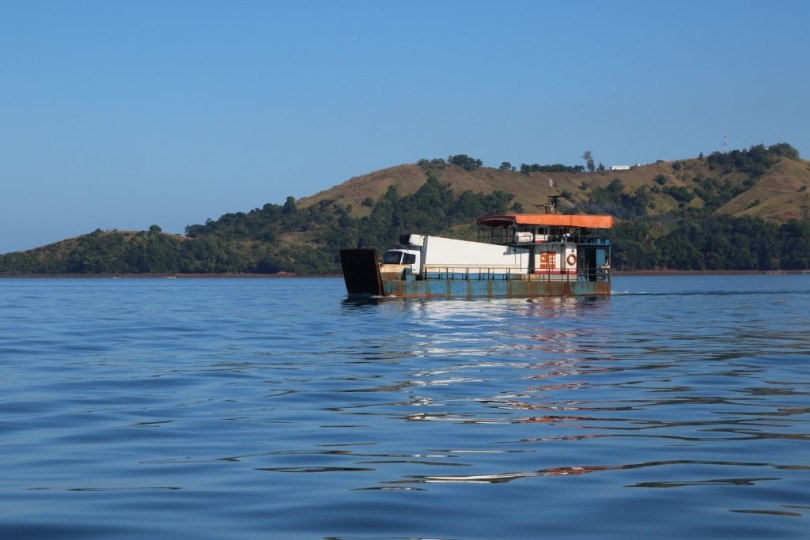