We leave the pretty ring-tailed lemurs behind and start driving along the route national 7. The road hasn’t got many cars at the part we are driving. We aren’t passing any major towns on our route today so we just drive through the country side. 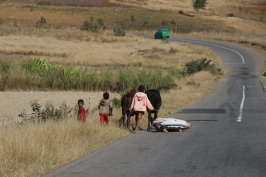 It is a nice sunny day and as we drive along there are many people walking along the street. As we drive along we see many local houses along the street. The houses in this region of Madagascar is build using bricks – I doubt the bricks are very durable since it appears the bricks are locally produced and not burned in an oven to make them durable – they are only dried along the road. The roof of the trees is usually just made of straws so the houses look very primitive and different from what I am used to from home. 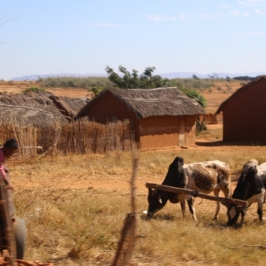 It is clear the main occupation in this area is agriculture. There are a lot of local herders walking along with the local cows of Madagascar called zebu. and the zebus is also central to the local transport – since it appears most of the local transport the heavy stuff in a cart drawn by a couple of zebus. As we drive along we see many more zebu cart than cars. 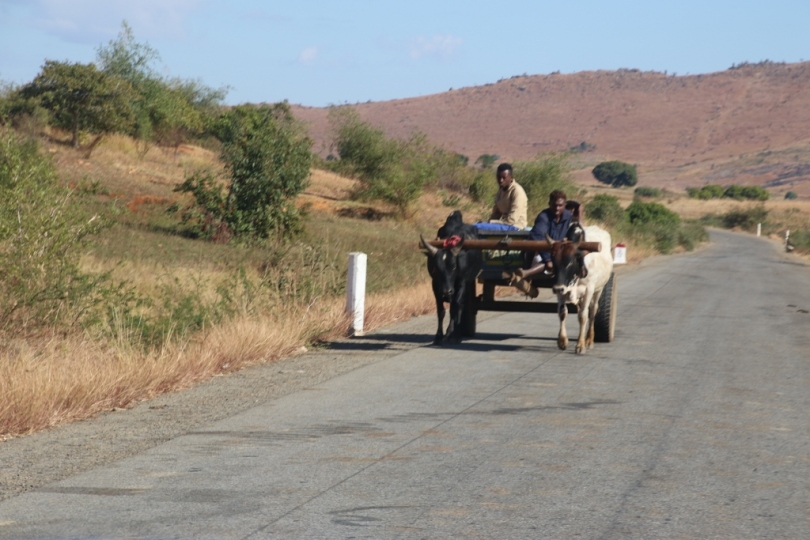 When we drive across a local bridge we get stuck in a zebu jam when a fairly large herd of zebus are trying to pass the bridge as well. The zebu takes up the whole width of the bridge so we just have to wait for the zebus to walk across the bridge so we can continue our drive. 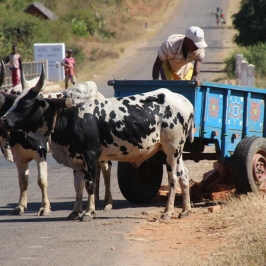 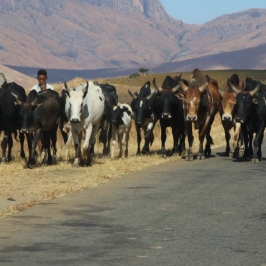 In the afternoon we arrive at a hotel next to the national park of Isalo. There is a great view of the rocks of Isalo from the porch of our bungalow. There is a swimming pool at the hotel – and some people use the chairs down at the pool – but nobody is in the water. When I test the temperature of the water it becomes clear why nobody is in the water – it is a couple of degrees above point where the water turn into ice. I guess the sun isn’t enough to keep the temperature up in the mountains of Madagascar. So we just enjoy the view and the sunset from the pool. 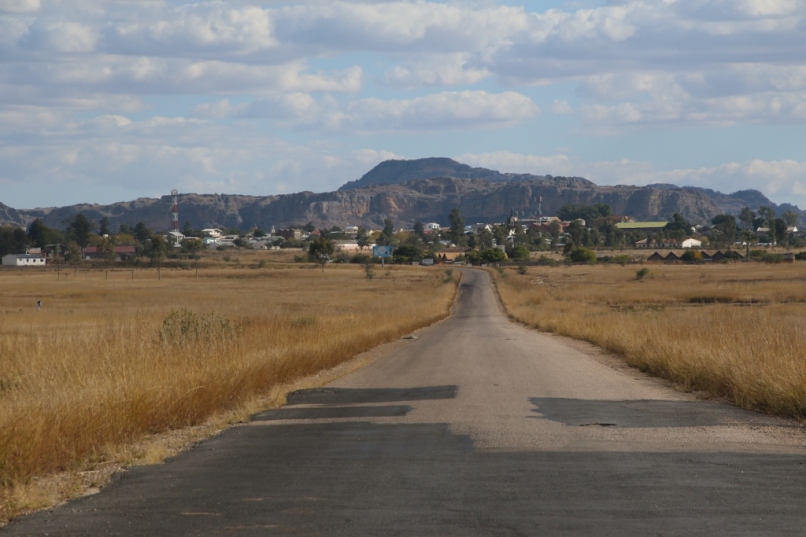