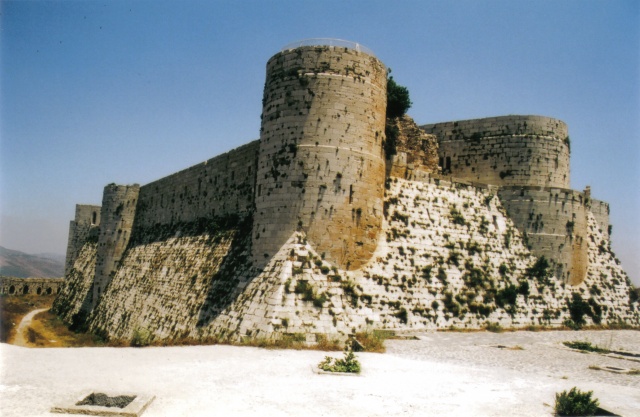 Setting of early – again – from Aleppo the day started with a short visit at a small city Hama. The town is known for the ancient waterwheels that used to transport water from the river to the gardens around the area creating a fertile land in the area. Some of the wheels are still standing today but they are no longer in use. The biggest one is a giant of 20 meters in diameter. It is still push around by the slow flowing river just outside town. I’m impressed with the ingenuity the people in the area had to survive in the harsh climate of the dessert making it a rich land of plenty. 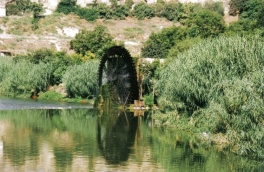 Next sight of the day will be the castle Crac des Chevaliers. Richard the Lionheart once stayed her during his crusades in the holy land.

Of course I know the old stories of how King Richard went to the holy land and his country were ruled by Prince John with the help of the sheriff of Nottingham and how Robin of Locksley rebel against the sheriff with the help of his outlaw gangs in the Sherwood Forest. Getting to see his castle seem like a must. When Lawrence of Arabia describe it is perhaps the best preserved and most wholly admirable castle in the world – then you must go there to see for yourself. 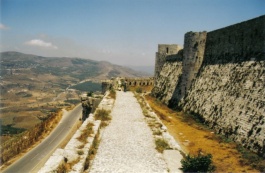 Driving up to the castle turned out to be a bit of a problem apparently there had been a minor landslide on the main road so I kind of feared it would be a 2-3 hour long hike up some dodgy road to get to the castle – but fortunately there were a back road leading up to the castle so only with a minor delay I got there.

There it was the Crac des Chevaliers.

The castle of the knight the biggest crusader castle in all of the holy land never conquered by the Arabs even though they outnumbered the knights by a wide margin.

The castle was the biggest stronghold for the crusaders protecting the road from the coast inland. 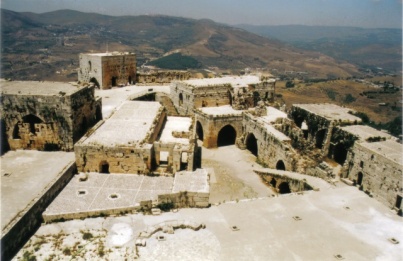 There at the castle wandering around – I agree Lawrence of Arabia were truly right – it is a magnificent castle with it outer and inner wall and the space between them. The giant dark halls where the soldiers lived. The total garrison number about 4.000 when it was up to its full number. They had there own water supply and enough stocks of food for the men and hay for the horses to stay inside the castle for an unknown period in case of a siege.

From the top of the towers there is a splendid view over the surrounding landscape and you can see how difficult it would be to take the castle by storm even if you had superior numbers. That’s the reason the castle were never conquered but taken by a trick by the Arabs convincing the crusader garrison that they had been ordered by their superiors to surrender the castle.

After lunch at the castle cafe it would be time to hit the road and let this fairytale castle behind to protect its surrounding against whatever enemy would approach it. 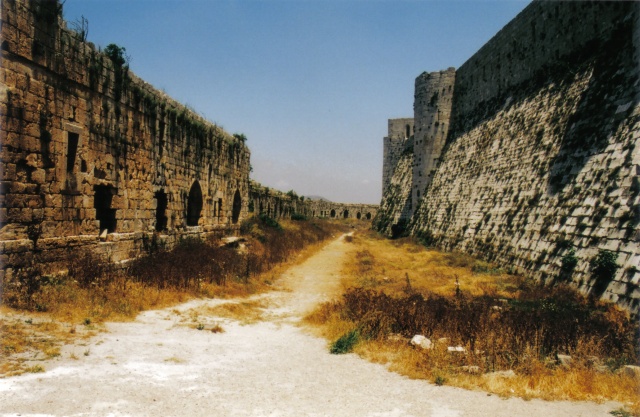 This blog entry is originally written after a trip through Syria a decade ago. I reread it recently and remember the trip with joy. I decide to repost the blog entries with the hope peace will return to Syria and it will once again become the wonderful country it was during my visit. 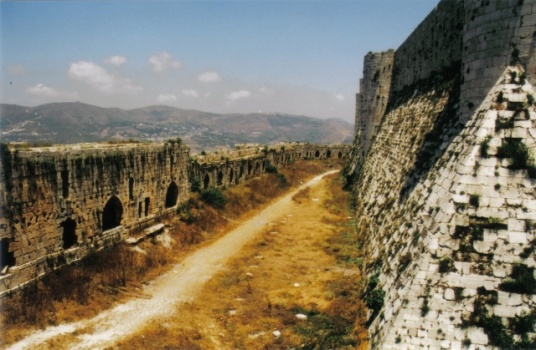 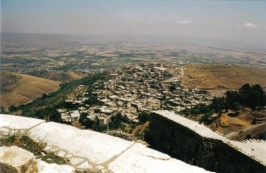 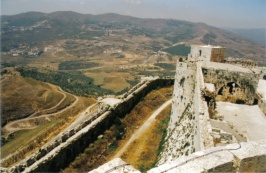