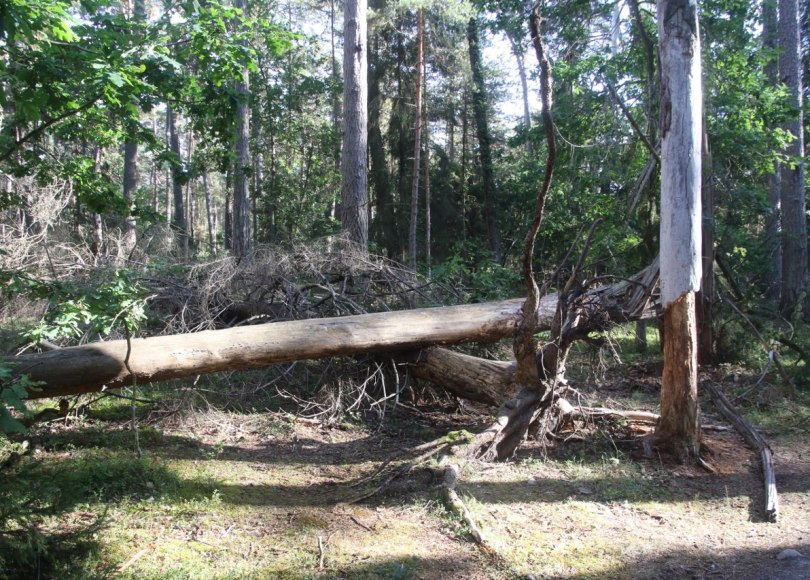 Trollskogen is a nice little natural area on the northern end of Öland. The name Trollskogen mean the troll wood and it is a name traditionally given to old growth forest around Scandinavia. The area here has a lot of ancient trees including some which are dead and slowly decaying making room for small animals to live on the dead wood.

It is interesting to walk around the old trees but in addition to the forest there is also a few other attractions in the wood. You can find some ancient stone settings which dates back to between the 5th and 7th century. These structures were probably built because the area had a special spiritual and religious meaning to the local people living in the area.

Another little attraction is found along the coast. Here is an old shipwreck which has been left of the beach to decay for a long time. The ship which ran onshore was an old wooden ship with three masts from Germany which had sailed to the Åland island with a cargo. On a winter night in 1926 the ship ran into some bad weather and ran ashore. The crew managed to get into a lifeboat and saved themselves – but the ship was lost and has been decaying ever since.